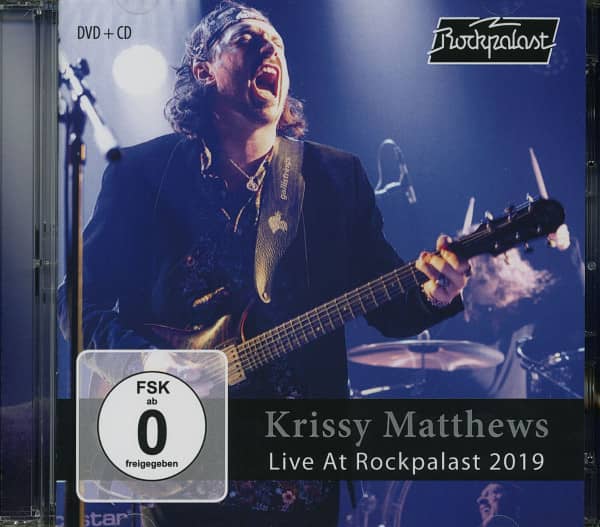 (MIG Records) 14 tracks
Krissy Matthews was just 3 years old in 1995 when his father took him on stage. 5 years later his father Keith gave him his first electric guitar and gave him lessons.
At the age of 11, he devoted himself to the blues, and just one year later his idol John Mayall got him on stage for several songs at a concert. That same year, Krissy Matthews formed Krissy's Blues Boys with his father on rhythm guitar and later as a trio on bass.
In 2006, at the age of 14, Krissy got his first record deal and the album "Blues Boy" was released. Another two years later, after the release of the second longplayer "No Age Limit", Krissy decided to leave the schoolbooks in the closet from now on, face life and make a career as a professional musician.

The center of Krissy Matthews' life was now the United Kingdom. So he presented his third album exclusively at the venerable London "Ronnie Scott's" and recorded a live session at the BBC, which was broadcast time-delayed by BBC 2. He found his congenial partner in the British poet, songwriter and musician Peter Brown, who has already written classics such as "White Room," "Swalbr" and "Sunshine Of Your Love" for blues rock legend Cream, among others. Brown not only wrote the lyrics to the new Krissy Matthews albums, but he also supported the guitarist and singer in the production. In 2015, Krissy additionally got the offer to replace the departed guitarist Miller Anderson at the renowned Hamburg Blues Band.

Here he has been very successful on stage for almost 4 years with genre greats like Chris Farlowe, Maggie Bell and Arthur Brown. With 'Monster In Me' Krissy Matthews released in 2019 his already sixth solo album, a statement in rock provided with blues as well as pop elements. Now comes the Rockpalast of Krissy Matthews and his outstanding band, recorded on March 21, 2019 at the Harmonie in Bonn. Just over 70 minutes full of energy and joy of playing, confident, virtuosic, raw and powerful.

On stage Krissy is in his true element, a brilliant full-blooded guitarist, he sets the beat and the tempo. A fat party of a great live experience.

British/Norwegian Krissy Matthews is an exciting and innovative guitarist. From BBC Maida Vale to The Cavern, Tanzbrunnen to Loreley and Ronnie Scott’s to Festa Avante, Krissy has performed over 1000 concerts across 3 continents thrilling audiences with his mind-blowing performances in the most prestigious venues across the globe.

At 12 years old he was invited to perform with John Mayall, and 3 years later was the last person to grace the stage in the UK with the late great Jeff Healey. Since then he has opened for bands such as Joe Bonamassa, Toto, Los Lobos and Gregg Allman. For the past 5 years, Krissy has been balancing touring between Hamburg Blues Band & Friends (Chris Farlowe, Maggie Bell, Arthur Brown) and his own self named rock trio.

His last studio album “Monster In Me“ was released in Spring 2019 via MIG Music to critical acclaim. A new live album entitled “Live at Rockpalast“ will be released in Autumn 2020. 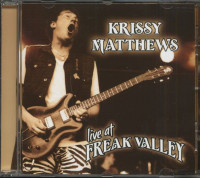 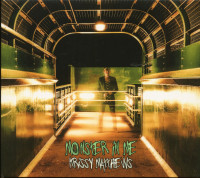