With Colin Linden we have signed an exceptional personality, (slide) guitar player, singer, songwriter and producer, to our label. In his twenty five years plus career he has produced more than 100 albums (for The Band, Colin James, Janiva Magness, a.o.) and has appeared as a sideman on another 300 releases. This includes session work for Cassandra Wilson, The Band (he wrote their hit record 'Remedy'), and - most recently - Gregg Allman. Since 1990, he has recorded several solo albums. His music can be heard in the groundbreaking Coen brothers movie, 'O Brother Where Art Thou'. His collaboration with CrossCut starts off with this little live record, produced in a small club in his adopted home of Nashville, Tennessee. This is his favorite environment: backed by a small combo, the grooving nucleus of his roots band, Blackie & The Rodeo Kings. Spooner Oldham, known as the keyboarder on countless, famed Muscle Shoals sessions, sits in on organ. Colin's blues are deep. He is writing his own songs - with one exception, a tribute to Howlin' Wolf. He was fortunate enough to meet the mighty man when he was merely eleven years old, an lasting impression and influence. Colin's playing is extremely soulful, and he plays on an technically ambitious level. Most likely, there's no other (slide) guitar player of his format on this planet. The songs are ranging from up-tempo numbers, from country style blues to rockers, and minor ballads. The lyrics are re-printed in the booklet. Perfectly mixed by Colin himself, this little masterpiece is a treat for all lovers of great playing, from Charlie Patton to Ry Cooder and Duane Allman. Blues with a heavy dose of roots music. We love it! - Digipak (6-plated) w/ 16-page booklet. 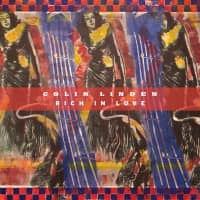 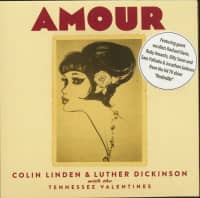 Tracklist
Linden, Colin - Still Live CD 1
01 Big Mouth
02 Who's Been Talking
03 Between The Darkness And The Light Of Day
04 Smoke 'Em All
05 Sugar Mine
06 Remedy
07 John Lennon In New Orleans
08 From The Water
09 Dark Night Of The Soul
10 Too Late To Holler
11 Sinking Down Slow
12 I Give Up
Funktionale