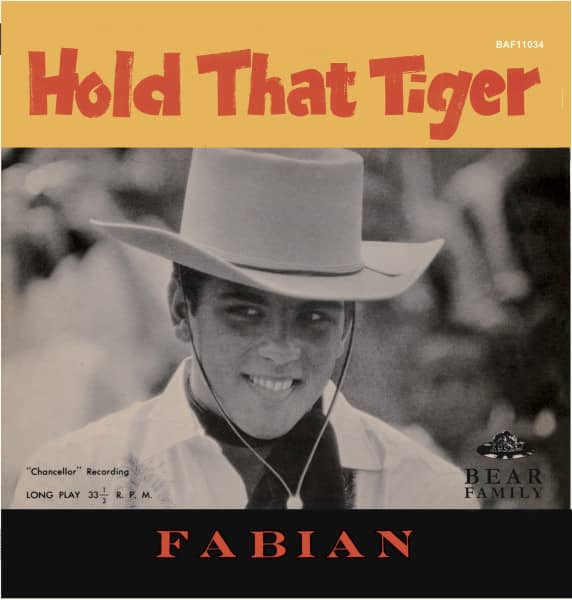 BEAR FAMILY Vinyl Club Exclusive - limited collector's edition incl. a postcard, direct from BEAR FAMILY’S ONLINE SHOP only
1-LP 10inch (limited to 500 copies, orange vinyl), 14 tracks.
At least at the beginning, Fabian was the most reluctant teen idol in America. Bob Marcucci, boss of Chancellor Records, discovered 14-year-old Fabiano Forte on his front stoop in Philadelphia, worried sick about his father, who had just been hauled away in an ambulance. After some serious effort, Marcucci finally convinced the lad to try his hand at recording rock and roll.
At first, Fabian was a work in progress behind the mic, but it didn't take him long to start scoring smashes for Chancellor. I'm A Man, one out of four bonus cuts on this re-issue, the Doc Pomus/Mort Shuman-penned Turn Me Loose and Tiger - Fabian nailed one hit after another in 1959, and millions of girls squealed their approval.

Released in this version at the time only on a Japanese label under license, this vinyl album with Chancellor recordings is extremely hard to find and is very rarely offered in its original format. We have reproduced the original artwork and added four bonus tracks.
Fabian's rock and roll career was short but sweet. 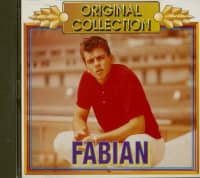 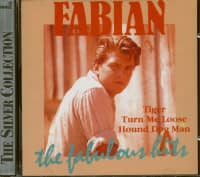 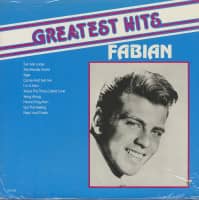 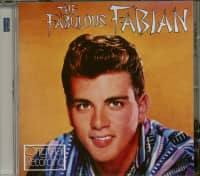