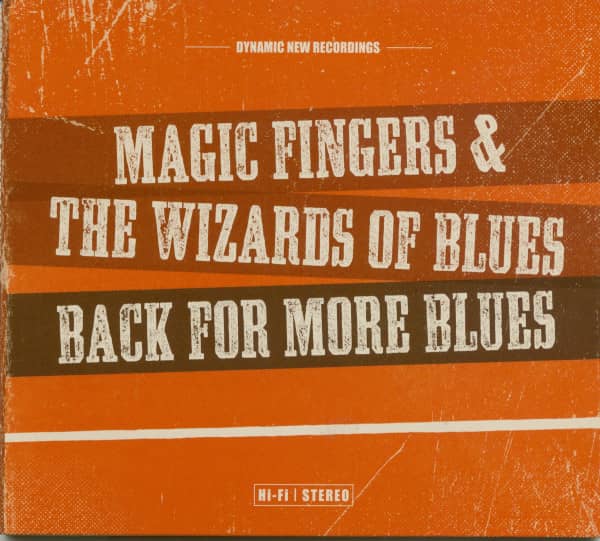 P Secure bonuspoints now
Description Review 0
Description
(2021 self production) 11 tracks - After less than a year since the release of their debut...more
Close menu

Magic Fingers & The Wizards Of Blues: Back For More Blues (CD)

- After less than a year since the release of their debut album 'Hands On The Blues', the follow-up album 'Back For More Blues' is now released. Due to the great success and the broad recognition of the debut album, the idea of a second album the idea of a second album matured very soon. At the end of May 2022 it was recorded in the studio "Mühle der Freundschaft" near Osnabrück it could actually be realised.

Once again, Ralf Schusdziarra was able to call upon the dream team that had already who had already recorded the debut, for the recordings. Only Nico Dreier was due to a tour as support for 6 shows with Eric Clapton. Instead instead, Marion Wade and Paul Jobson were found, two keyboard virtuosos who gave the new CD a further creative input. Additional sound colour was provided by the and slide guitar of the well-known and respected artist Michael van Merwyk. van Merwyk, who also contributed the artwork.

In only two days 11 songs were recorded, four covers and 7 original pieces by the of the musicians involved. All participants enjoyed this recording session very much, the chemistry was right from the start. chemistry was right from the start. That's why it would be nice to present the material live. especially since after the release of the debut CD, there were many when this programme would be performed live on stage. on stage. Requests from agencies and promoters are therefore welcome.

Article properties:Magic Fingers & The Wizards Of Blues: Back For More Blues (CD)