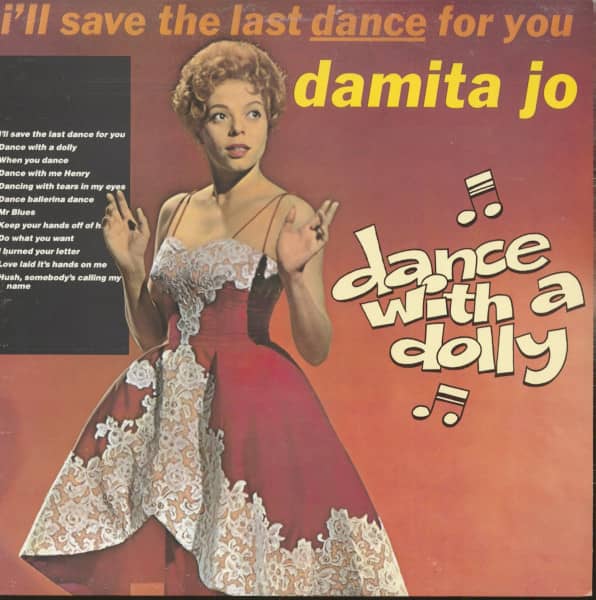 Damita Jo: I'll Save The Last Dance For You (LP)

'A Dynamic Singing Personality . .' This description by a noted critic, referring to Damita Jo, is a fitting tribute to Mercury's tiny singing sensation. Born in Austin, Texas, her New Orleans-born parents named her Damita Jo Dublanc ('Little Lady Of White'). An only child, show-ered and guided by the love and talent of an artist mother, Damita began to 'sing out' long before she could walk. In Santa Barbara, California, where her family moved from Austin, she was quickly recognized as 'Star Material' as she was her high school's leading performer and choreographer. After college, during the post World War II years, Damita began to make her mark in Los Angeles night spots and was in constant demand for radio and television appearances. Hollywood had beckoned for her when she was a youngster of 13, but her dad wanted her to stick to her lessons, and nixed a screen test and an offer to tutor her for dancing roles.

Her first records were recorded on a Spanish label while she was still in her teens.
In 1951 she was signed as featured singer with Steve Gibson & his Red Caps. This led to appearances around the country and starring stints on the nation's top TV outings. It was with the Red Caps that she attracted national attention. Some of her early 50's recordings were released on an RCA album in the mid 60's. In 1958 she decided that the time was right to make it on her own. She signed with Mercury Records and recorded in 1960 'I'll Save The Last Dance For You', her first hit that reached No 22 on the Billboard list. The song was an answer to The Drifters hit 'Save The Last Dance For Me'. She had two more hits in 1961: 'Keep Your Hands Off Of Him' (which reached No 75) and the slow 'I'll Be There' (which reached No 12). In 1961 she also had a big hit in Sweden with 'Dance With A Dolly', however this song had no success in the US. She also had a minor hit in 1966 with 'If You Go Away' on EPIC Records. Damita Jo, in short, was a singer in the top rank of girl vocalists in the 50's and early 60's. The Big Bopper

Article properties: Damita Jo: I'll Save The Last Dance For You (LP) 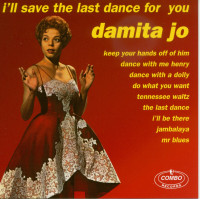 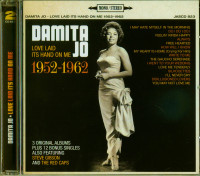