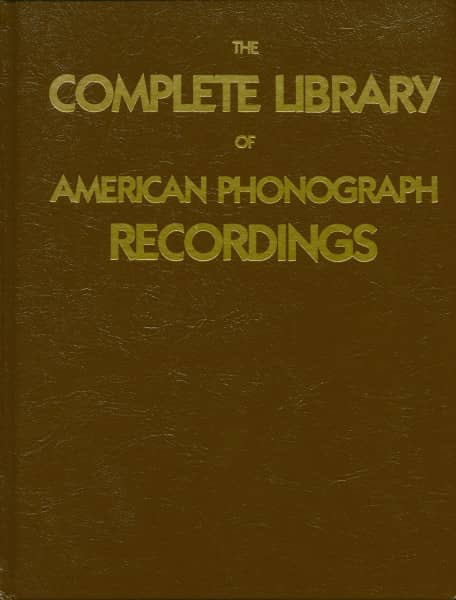 Jerry Osborne's name and background are eminently well known to those in the business and hobby of collectible records. However, to those recently captivated by this fascinating pastime, or soon to be, a bit about Jerry: A collector of records for over thirty years, Osborne has been authoring record price guides and reference books full time since 1975.

His published works on music now number over three dozen and counting, as he continues on a several-books-a-year schedule. In related ventures, Jerry writes the popular, weekly newspaper column, "Mr. Music," answering readers' questions on music and records (syndicated nationwide by World Features Syndicate). He is the radio voice of the popular "Mr. Music's History of Rock and Roll Trivia." Osborne also publishes the popular, internationally distributed DISCoveries magazine for record collectors, offering an affordable vehicle through which they can buy, sell, and trade.

Jerry Osborne's influence and involvement in record collecting has been chronicled in virtually every major magazine and newspaper in the country: Reader's Digest ,The Wall Street Journal, USA Today, People Magazine, Esquire, Woman's Day, Oui, National Enquirer, Money, Changing Times, Photoplay, High Fidelity, Billboard, Cash Box, Music City News, and Rolling Stone, just to name a few. No one person has been more responsible — directly or indirectly — for the amazing growth of the hobby. He has been a frequent guest on many major radio and TV talk shows, discussing the record collecting hobby.

Among these are: "Good Morning America," "The Today Show," and The Nashville Network, plus too many local and regional shows to count. Jerry was previously a technical advisor and consultant for the critically acclaimed ABC-TV nostalgic news-magazine program, "Our World," and he has served as a consultant for HBO and CBS-TV's "West 57th Street." He is the author of two other House of Collectibles titles: The [email protected] Price Guide to Records and The [email protected] Price Guide to Memorabilia of Elvis Presley and the Beatles.