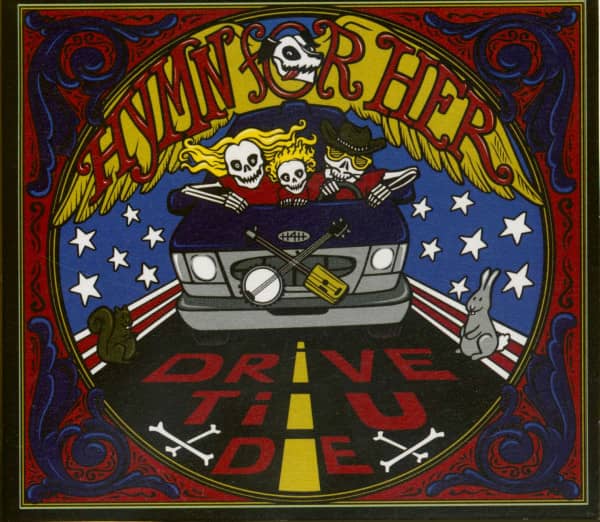 P Secure bonuspoints now
Description Review 0
Description
For Lucy Tight and Wayne Waxing of Hymn for Her, 'Drive Til U Die' is more than an album title.... more
Close menu

Hymn For Her: Drive Til U Die (CD)

For Lucy Tight and Wayne Waxing of Hymn for Her, 'Drive Til U Die' is more than an album title. It's a manifesto. A mantra. But to call this Americana duo road warriors would be a misnomer; to them, the road isn't a battleground to conquer, it's their beloved home. A nomadic tribe with their young daughter, they dwell in a '61-vintage Bambi Airstream towed by a Ford van whose odometer shows nearly half a million miles - a trip to the moon. And back. Sleeping to the rhythm of spinning wheels, they thrive on spontaneity, friends and the moments that make it worthwhile: when they stand onstage and unleash their dynamic yin-yang of high-octane outlaw rockers and honey-sweet, harmony-laden ballads.

Lucy and Wayne, who share a fondness for rustic life, have been described as hillbillies with electronics, while their sound has drawn such amusing phrasery as a riotous, rocking roadkill stew, juiced-up backwoods country blues [injected] with a dose of desert-rock psychedelia and Hells Angels meet the Amish. Their Facebook page genre definition reads, punksy folksy airstreamy country bluesy grassy waynesy lucy take you on a hayride to hellsy. Yeah, that'll work. They spell it all out in the first track, 'Devil's Train,' the raucous rocker from which the Aug.12, 2016 release draws its title: We're takin this ride til the well runs dry, half a million miles gonna drive til we die.

The groovin twanger 'Hi Ho Silver,' another ode to the road, began as notes about hitching and unhitching the Airstream, a rather complex process. When we were done, it sounded like a song; one with a galloping finish that'll make Lone Ranger fans wave their hats. They bring it on home with album-ender 'The Road Song,' a rollicking rocky- tonker in which they shout, "Ain't nothin like this here life, got nothin to hold me down. Disappear into the night, feel them wheels hit the ground, keep rollin round!"

Article properties: Hymn For Her: Drive Til U Die (CD)

Review 0
Read, write and discuss reviews... more
Close menu
Customer evaluation for "Drive Til U Die (CD)"
Write an evaluation
Evaluations will be activated after verification.
Weitere Artikel von Hymn For Her
Hymn For Her: Pop-N-Downers (LP) Art-Nr.: LPRBR5943 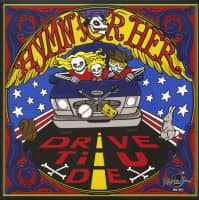