2 articles at a special price as a bundle
1-CD Digipak (4-plated) with 72-page booklet, 32 tracks. Total playing time approx. 86 minutes.
Ferland Huskey was born in southeastern Missouri, and went on to be known by many names during his career: Ferlin Huskey, Tex Terry, Terry Preston, Ferlin Husky (without the 'e'), and Simon Crum, a comic alter-ego whom Ferlin demanded be treated as a separate person. The musical ground he traveled was as diverse as his various identities. Adept at smooth countrypolitan polish, rough-hewn backwoods toe-tappers, funny off-kilter novelties, earnest recitations, or rockabilly-infused boppers, one could pick virtually any theme and assemble a solid collection of Ferlin Husky material.

Starting in the Missouri honky tonks as Tex Terry, Ferlin relocated to California in late 1948, where he joined Big Jim DeNoon's band in Salinas. It was through DeNoon that he landed his first record deal on the 4 Star label. When he began touring with Gene Autry sidekick Smiley Burnette he changed his name to Terry Preston. He eventually moved over to Capitol Records around the same time he moved to Bakersfield. It was during his Bakersfield period that Ferlin began introducing Simon Crum to audiences on his daily radio show. In 1953 he began recording songs in the Hank Williams style which were issued under the name Ferlin Huskey. He had his first #1 hit later that year with the Jean Shepard duet A Dear John Letter. By 1954 he had permanently relocated to Nashville, where he became a member of the Grand Ole Opry. While smooth Nashville Sound hits such as Gone and The Wings Of A Dove came to define him, Ferlin's recorded output is incredibly diverse. He was just as likely to rock as he was to croon!

This compilation features 32 examples of Ferlin's ability to capture the verve of country bop, proto-rockabilly, and the rural strains that informed early rock and roll. He pulls it off, not because he's putting us on, but because this music is truly one of the many sides of the multi-talented Country Music Hall of Famer who was known as 'Mr. Showman.'
7'' Single (45 RPM), 2 tracks. Total playing time 4:09

•    Strictly limited to 500 numbered copies
•    Vinyl single (45 RPM) - small center hole, company sleeve, photo inlay card.
•    Draggin' The River is a mid-tempo Country bopper in a class of its own, originally released on Capitol in 1959, a real gone dance floor filler.
•    Bebe Beautiful Baby is a previously unissued 1955 up-tempo Country rocker from the vaults of Capitol Records.
•    Capitol studio musicians at their height, featuring a rockin' steel guitar and an upright slap bass. The faces of Psychobilly bassists will fall when they hear this sound!

Our 45 RPM series covers the rarest of the rare with the aim of filling serious gaps in your collection. Carefully selected by our knowledgeable staff from the deepest vaults, our 45s sometimes present previously unissued songs … and sometimes songs making their first appearance on vinyl! 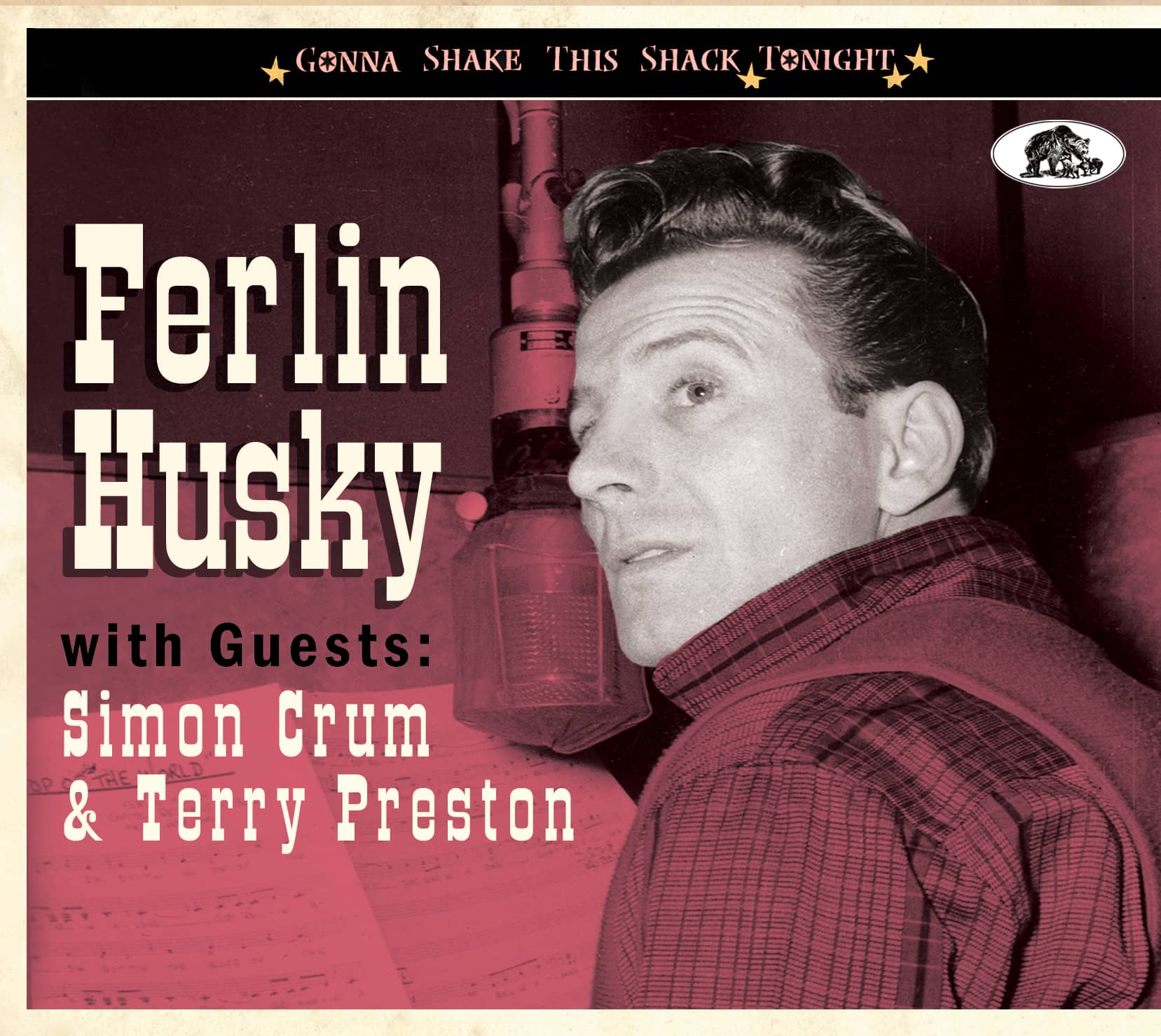 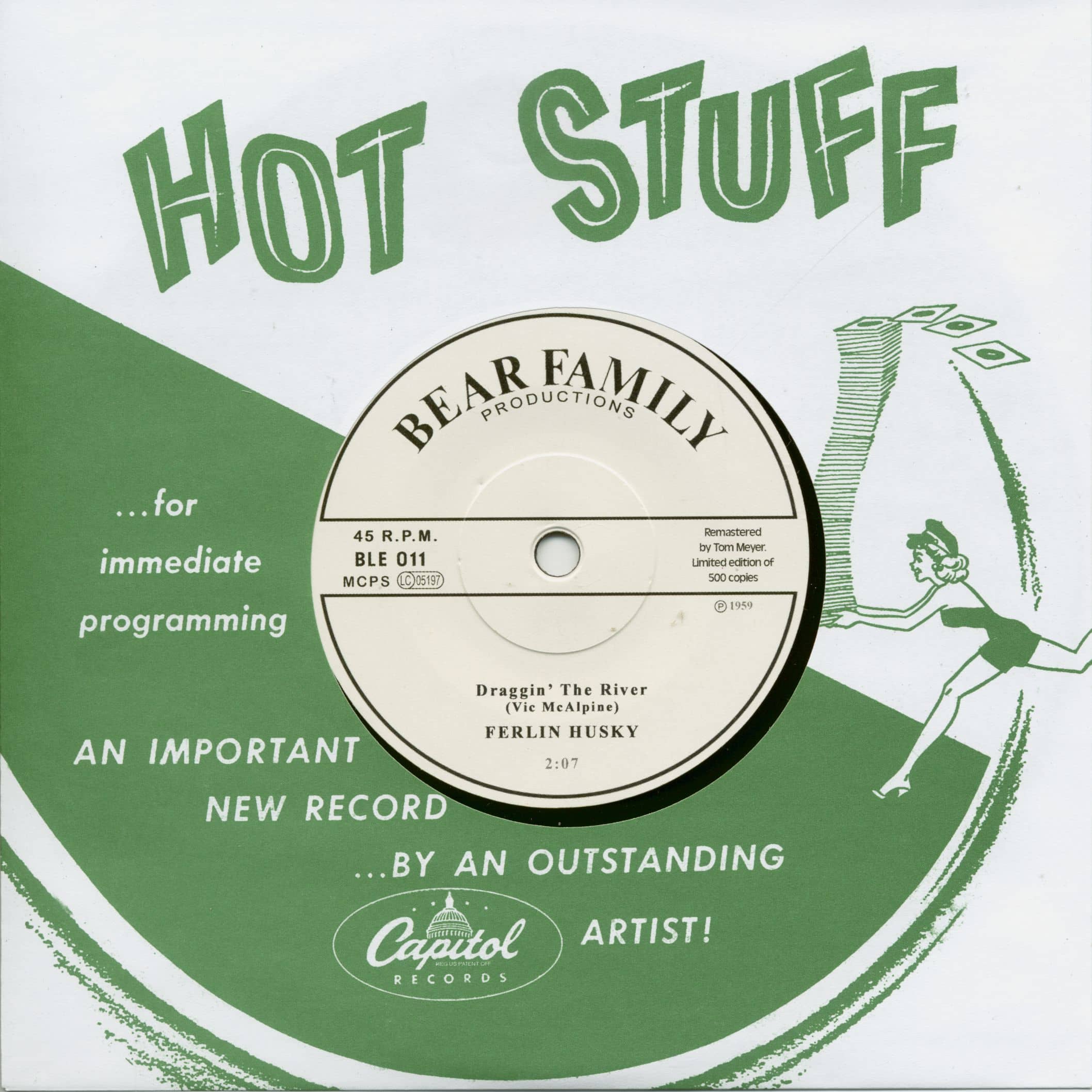 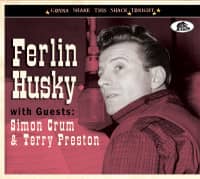 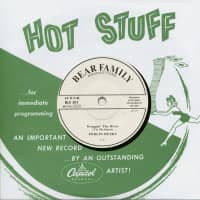 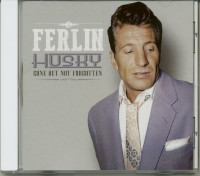