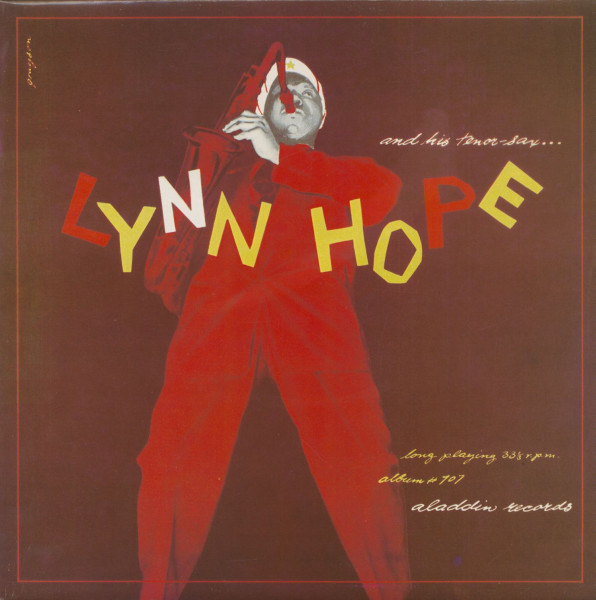 Lynn Hope is one of those artists who had a tremendous following for a decade or so and who then quietly drifted into oblivion. Born september 26, 1926 in Alabama, Lynn started playing the tenor sax at the age of nine and became proficient on his instrument while playing in the high school band. During the forties, he went on the road with the King Kolax Band, whose alumnus boasted names like Harold Ousley, John Coltrane and Charlie Parker... no less ! By 1950 Lynn Hope was fronting his own band, comprised mostly of family members. His first records were 'Stardust' (for Chess) and 'Tenderly' for Premium) which earned him a huge success and brought him to the attention of Leo and Eddie Mesner, who patted him for their Aladdin label.

Nothing much was known about turban-clad Lynn Hope and his cohorts until by chance I met Albert McQueen, one of his former sidemen, on a european tour with Ray Charles in 1969. Albert remembered : 'I played with Lynn from 1957 to 1960 and we were busy touring the country. We were all converted muslims. Lynn had changed his name to Hajji Ahmad, his brother Billy Hope had become Unis Ali and his sister was Myriam Ali.On vibes we had Yusif Noureddine, better known under the name of Bobby Martin and who became famous as an arranger-producer in Philadelphia. Khalid Ali was playing bass and Khalil Malik was doubling on trumpet and trombone I only knew them under their muslim names. Mine, by the way, is Akhbar Mahmud. I only did two sessions with Lynn Hope, one for Aladdin and one for Savoy the latter under Billy Hope's name)'
A somewhat more spirited opinion was voiced by Hal Singer, himself one of the celebrated tenor stars who was nicknamed after his smash hit 'Cornbread'): 'Man, you wouldn't believe it : in some cities, Lynn Hope had such a following, you just couldn't come in after him, he'd drive those crowds crazy, he'd create traffic jams ! '

So here you are with a wide and varied sampling of Lynn Hope's tenoristics. From the hard and bluesy rocking of 'Blow Lynn Blow' and 'Eleven Til Two' you are treated to the suave sound of 'Tenderly' or invited to gently move your hips to the rhythm 'South of the Border:' 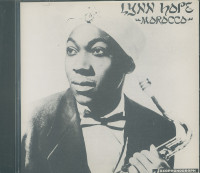