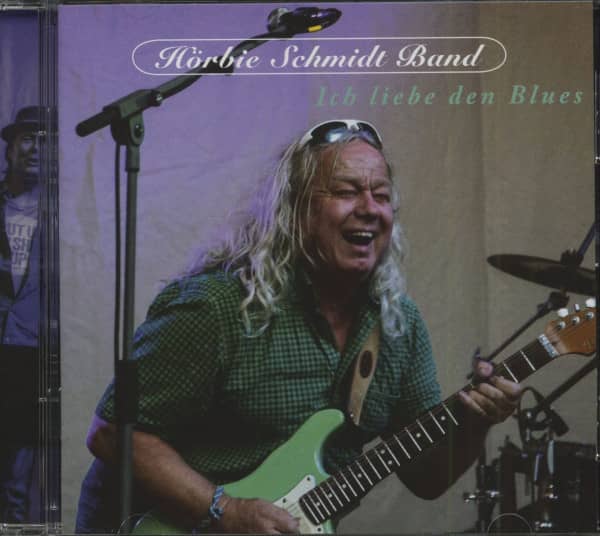 Hörbie Schmidt - singer, guitarist, lyricist and composer literally lets his pants down with his lyrics.

The North German cult figure with the curly lion's mane gives a deep insight, view and review of his emotional world and his love life.

His warm, energetic, humorous and profound voice tells of lust and passion, of longing and dreams, of eroticism and desires between claim and reality, heaven and hell and hope and vision.

Hörbie comments and reflects in his lyrics his eventful Rock'n'Roll life - sometimes cheerful to ironic, sometimes dreamy to emotional, sometimes clear and direct.

Singer Lili Czuya sings two expressive titles full of devotion, in which she describes the death of her beloved father and processes it with a lot of blues and soul.

The band musicians belong to the crème de la crème of the live music scene in Hamburg and Schleswig-Holstein.
Characteristic for the Hörbie Schmidt Band is a very own style, characterized by the harmonic and virtuoso interplay of Sven Selle (piano, organ) and the bandleader Hörbie Schmidt on guitar. This special timbre gives the band its own and special touch.

Also live this band is a pleasure. The audience hangs on the lips of the narrator Hörbie Schmidt. His moderation is entertaining and educational infotainment on blues and love - full of charm, cheeky and lively - and always with a fresh (North German) breeze.

The musical roots of the album lie in the legendary blues, which flirts fiercely with his kids rock, pop, funk, jazz and swing and unites - in the spirit of musical love.