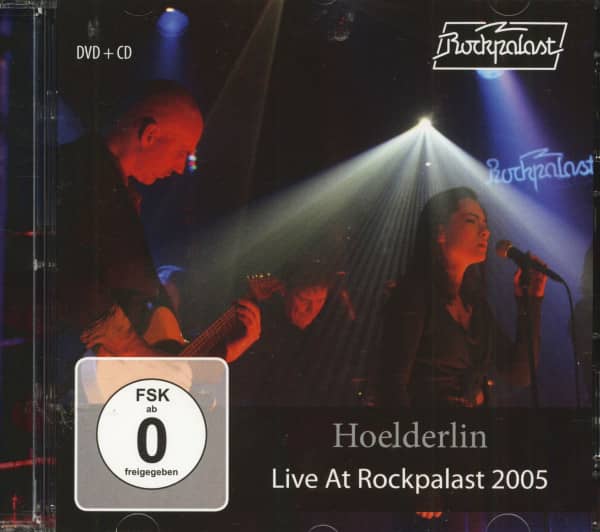 (MIG) 9 tracks, DVD regional code: 0, FSK: 0, DVD running time 98 min.
They were one of the leading representatives of "Krautrock", this independent rock music, primarily of West German bands, in the late '60s, early '70s. Hoelderlin began their career in 1972 with the release of their album "Hölderlins Traum" on the Pilz label of journalist and "Krautrock" pioneer Rolf-Ulrich Kaiser.

The Wuppertal musicians mixed folk with progressive rock and psychedelic elements and used classical instruments such as viola, cello and flute. The group's initially German lyrics were written mainly by guitarist Christian von Grumbkow and bassist Peter Käseberg, influenced by the works of poet and namesake Friedrich Hölderlin. This changed, however, when the band signed with Intercord in 1975, their records were henceforth released through the Stuttgart-based record company's "progressive" label Spiegelei, and Conny Plank sat behind the controls at the studio mixing desk.

After their sixth studio album "Fata Morgana" Hoelderlin split up in 1981.
It took almost a quarter of a century for the band to reunite and celebrate their comeback with a furious concert at the WDR "Rockpalast" in Bonn's Harmonie in December 2005. Hoelderlin's Hans Bäär remembers: "While there was still a certain tension on stage during the sound check, the audience welcomed us in the evening with the greatest warmth and approval. They had actually come to a Hoelderlin concert again after almost 25 years. Hard to believe!"