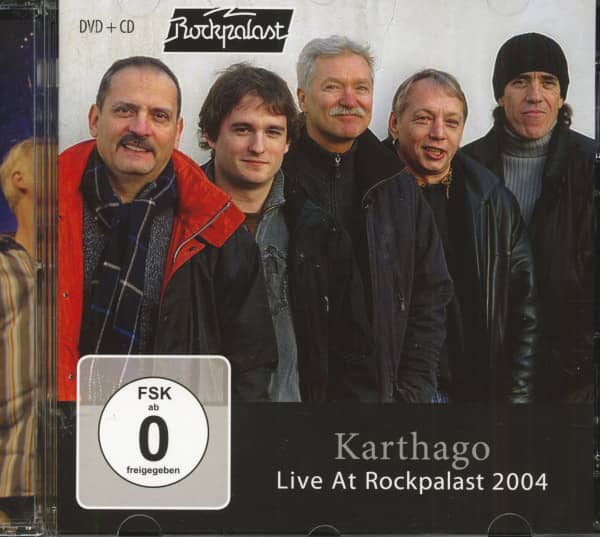 Now, finally, the complete concert with 13 tracks of Karthago's Rockpalast appearance on December 21, 2004 as part of the WDR "KRAUTrockpalast" is available for your ears - both acoustically and visually. Similar to good wine, the musicians of Karthago became more and more mature in the course of time, because "now we had put aside certain profile neuroses and we could deal with each other better. We worked much more professionally than back then. Now it was all about the thing, certain things were necessary and they had to be done. You never stop learning and I can't judge at the moment at which point you are" (Joey Albrecht, singer and guitarist of Karthago, 2004).