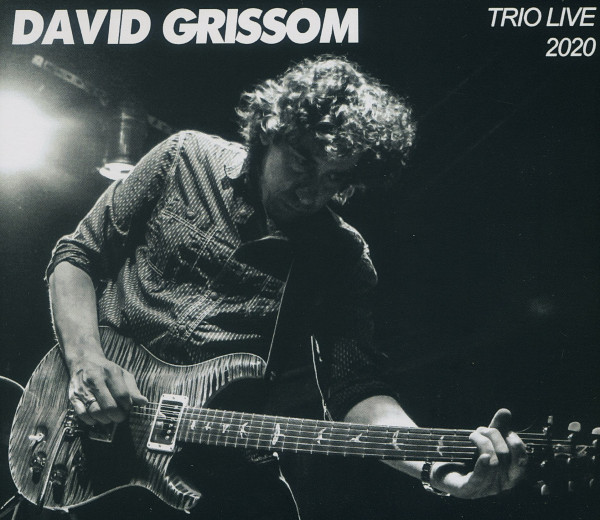 What better time to release a Live record than right now! Trio Live 2020 was recorded over 3 nights at his Saxon Pub Tuesday night residency and is a full blown electric guitar record. The primarily instrumental  record showcases the rapport they’ve built up over the last several years and captures the band in top form.

Biography:
David Grissom has toured and recorded with artists such as Buddy Guy, John Mellencamp, Joe Ely, Storyville, The Allman Brothers Band, The Dixie Chicks, Chris Isaak, Robben Ford, John Mayall, and Ringo Starr. His songs have been recorded by John Mayall, Rita Coolidge, Trisha Yearwood, Lee Ann Womack, and Storyville among others.
David moved to Austin in 1983 and quickly became a stalwart on the vibrant local scene. He joined Texas legend Joe Ely’s band in 1985 and toured and recorded nonstop until 1991 when he joined John Mellencamp’s band. David made 3 records with John and toured extensively from 1991 through 1993. After, Mellencamp, David went back to Texas to form Storyville, the band that included the Double Trouble rhythm section of Chris Layton and Tommy Shannon, and powerhouse vocalist Malford Milligan. Since 2000, David has divided his time between recording sessions, including four Buddy Guy records, and scores of Americana releases, along with touring with the Dixie Chicks from 2003-2007, and playing hundreds of live gigs, designing signature guitars and amps with PRS Guitars, and producing his solo CD’s. He just released his 5th solo CD Trio Live 2020.