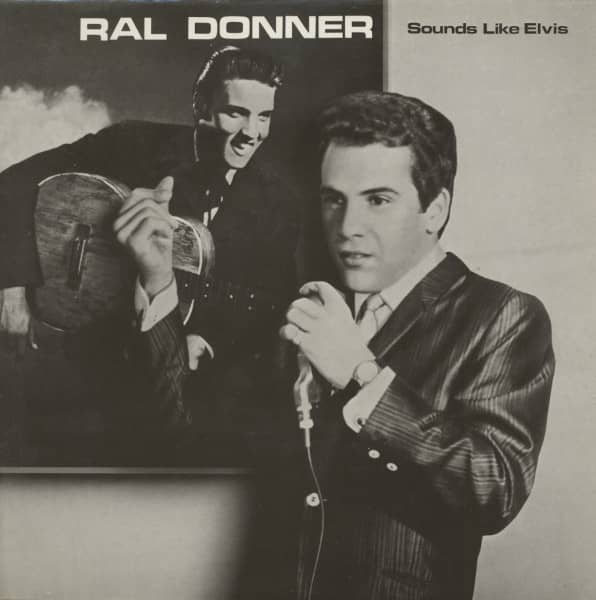 Ral was born February 10. 1943 in the windy city of Chicago, and was influenced by Jerry Butler, Frank Sinatra and most heavily by Elvis_ At age 14 he formed his first band, the Rockin' Five In 1958. he started Ral Donner and the Gents. and cut his first demo 'Good Golly Miss Molly,' In 1959 Ral went solo, and hooked up with Scottie Records in Memphis and recorded 'Tell Me Why' and 'That's All Right With Me' and issued as Ral's first single, but really didn't take off. Next stop was Florida where Ral met Jan Hutchins and Prewitt Rose who produced 5 songs from this Florida session, out of this came 'Girl of My Best Friend.' Rose and Hutchins took the masters to Now York, they eventually leased them to Gone Records. 'Girl of My Best Friend' took off like a rocket. and landed high on the Billboard charts in 1961 (019). Next it was back to Florida for a follow up single, as well as Ral's first album 'Talon' Care of Business.'
This session was produced by Artie Ripp and Steve Alaimo As it turned out, Donner's second hit 'You Don't Know What You Got,' was done almost as an afterthought. His biggest hit. Ral's next release was 'Please Don't Go,' reached 039 on the charts. 'She's Everything' came out in time for Christmas, 1961, and provided him with his second hit record (#18 Billboard). Don. ner's output fell off somewhat during 1962, possibly because he was spending an awful lot of time touring, plus 3 American Band. stand shows. Ral was also busy carrying on a small scale romance with female recording great Linda Scott ('Count Every Star'. 'Don't Bet Money. Honey,' etc.) Ral's live popularity was no doubt enhanced by his many similarities to Presley, and since Presley had given up touring to concentrate on movies, Donner was about as close to the real thing as any fan was going to find Donner had actually met Presley for the first time in September, 1961, and it turned out to be quite a thrilling event for both of them.

To Donner's great sur-prise, Elvis had really admired Ral's version of 'Girl of My Best Friend,' and If a mutual admiration society ever existed, it was between Ral and Elvis!! Donner's brooding and sensual voice was put to good use on his spring, 1962 hit, '(What a Sad Way) To Love Someone,' a top-rate ballad. As it turned out, it was to be Donner's last entry into the Billboard charts, peaking at #74. In Chicago, however, his songs continued to rise into the top ten Not only was 'To Love Someone' among Ral's personal favorites among the songs that he recorded, but it also ended up being one of Presley's favorite Donner songs.

Born in Chicago on Feb. 10, 1943, Ralph Stuart Donner first recorded in 1958 for Scottie. Moving to New York, he signed with Gone and reached the Top Twenty with 'The Girl Of My Best Friend' (a song from Presley's Elvis Is Back album) in 1961. As Presley became more of a Neapolitan balladeer than a rock'n'roller, Donner continued to sing in the manner to which early Elvis fans had been accustomed. 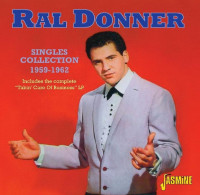