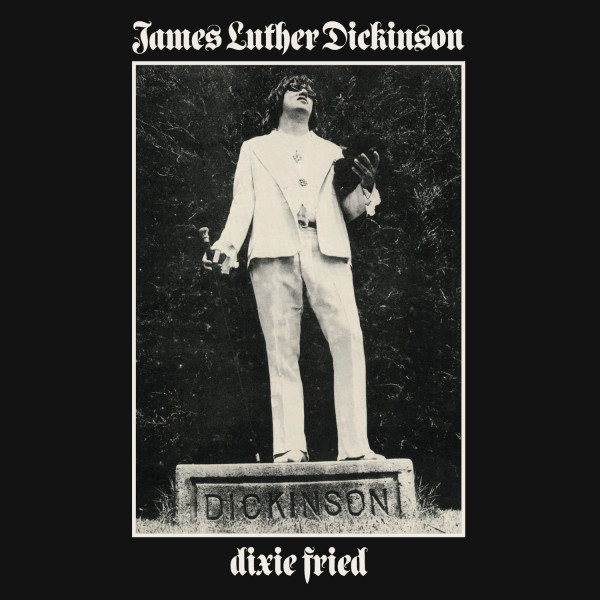 Born in Little Rock, Arkansas, James Luther 'Jim' Dickinson (1941 - 2009) was a record producer, piano player, singer and in-demand session musician who played piano on the Rolling Stones' 1969 album cut Wild Horses, and contributed to the Flamin' Groovies' 'Teenage Head' in 1971. With the Dixie Flyers, a band he formed in the late sixties, he backed Aretha Franklin, Sam & Dave and countless other recording artists at ATLANTIC's Miami-based studio. The Dixie Flyers were guitarist Charlie Freeman, key- boardist Mike Utley, bassist Tommy McClure and drummer Sammy Creason. In Memphis he later led a band called Mud Boy & The Neutrons. By the time Jim Dickinson recorded his first album in 1972, he had already been well-established as a musician and producer. The Dixie Flyers and Dickinson had been signed by ATLANTIC RECORDS' Jerry Wexler as the studio house band for almost every ATLANTIC soul recording session (second only to the Muscle Shoals home crew).

Also, Wexler signed the band with Dickinson to record an album. 'Dixie Fried' was the result, a unique mix of southern boogie, blues, soul, and country music, a collection of nine hand- picked tunes. 'Dixie Fried' is often called a hidden gem, a forgotten masterpiece, a legendary southern, hard-to-find and time- less album of cult status. Every song has its wild and unpredictable charm. An album still sounding fresh today, drawing on the Memphis music that inspired Dickinson to be a musician.

The late James Luther Dickinson was one of American music’s most elusive, intriguing musicians and producers. Part of the unpredictable Beale Street crowd from Memphis, Tennessee, his résumé reads like a free-styling, improvised narrative of American country, blues, folk, soul and rock. A limber, flexible player, he’s on Aretha Franklin’s Spirit In The Dark, The Flamin’ Groovies’ Teenage Head, and great sets from Jerry Jeff Walker and Ronnie Hawkins, among others: he also played piano for The Rolling Stones, on Wild Horses. Later in his career, Dickinson was a benign presence on albums by Bob Dylan, Tav Falco, Meat Puppets, Mudhoney, Primal Scream and Spiritualized.

His production legend, however, rests on Big Star’s dissolute classic, Third/Sister Lovers. Listening to Dickinson’s first solo album, "Dixie Fried", recorded a couple of years before the Big Star set, you can start to hear how things ended up the way they did: while Dixie Fried is more coherent, there are still some seriously odd things going on. Like his eventual collaborator Alex Chilton, Dickinson takes liberties with songs, pulling them apart like taffy while scrawling graffiti over the musical backbone provided by a motley crew of players, including Mac Rebennack (aka Dr John), Memphis legend Sid Selvidge, and members of Dickinson’s session group, The Dixie Flyers.

Dickinson’s version of Dylan’s protest song, “John Brown”, is a good example: low-slung and sprawling, his bolshy, colloquial vocal ties itself in knots over a rhythm section playing through fug and mud, the sax and slide tangling together as Terry Manning’s Moog dials in electronics seemingly from an entirely other recording session. Songs like this, the warped blues clatter of “O How She Dances” and the drunken, see-sawing bluff of “Casey Jones (On The Road Again)” are the heart of Dixie Fried, balanced as they are by more immediately straightforward performances, like the bawdy roar of the opening “Wine”, or the gospelised holler of the title cut, written by Carl Perkins.

Throughout, Dickinson’s deeply invested in animating revenants, but something always goes awry as the past creeps up to mug the present: Dixie Fried is an album full of mutant ghosts. There’s some kind of manic juju in the air through this set of songs – it’s hard to put your finger on it exactly, but it has the same reckless, careening energy of later, more sainted Dickinson productions like Chilton’s 1979 solo set, Like Flies On Sherbert. Unlike the proto-punk deconstruction of rock that took place on Chilton’s solo masterpiece, though, with Dixie Fried, Dickinson’s extending the form by mangling it, lovingly, confusingly, with good times in mind. 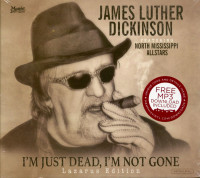