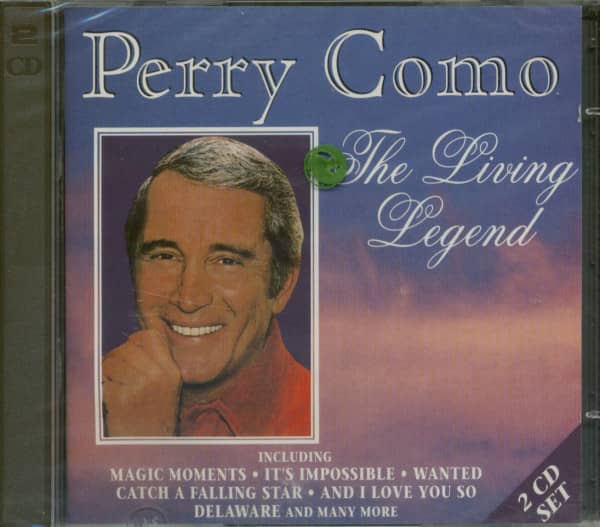 (1992/ARCADE) 40 tracks RCA Stereo.
Pierino Como, born in Canonsburg, Pensilvania an May l8th 1912, initially making his living as a barber, was to become a living Legend simply by being himself. Perry started his singing career in 1933. He made his first record, as "vocal refrain", with the Ted Weems Band in 1936. The Legend really began in the midst of a musicians strike in 1943 when Perry made his first solo recording, "Goodbye Sue". This special Collection, in the year of Perry's 80th Birthday, contains ALL his UK hits, plus songs forever associated with the Como relaxed style. 'DREAM ALONG WITH ME' was the theme tune to Perry's TV shows in the 1950's. Fans have recently been able to wallow in the sheer nostalgia of it all with the release of video's of those early shows. No one has ever been able to make the medium his own, quite like Perry. While the TV shows were watched by millions throughout the World Perry's hits were mostly 'novelty' songs. They are all here; ' PAPA LOVES MAMBO", 'HOT DIGGITTY' and rarer titles like 'JUKE BOX BABY' and 'GLENDORA'. Perry's venture into Rock 'n' Roll was most successful. Even today in Rock 'n' Roll discos Perry's 'LOVE MAKES THE WORLD GO ROUND' and 'KEWPIE DOLL' are frequently requested.
'IDLE GOSSIP' makes it's first appearance since its success in 1954 . The song spent 15 weeks in the UK charts and reached No.3. It has been one of the most sought after Como tracks since then, but mysteriously never re-released until this collection. Perry has always been a deeply private and religious man. Several of his recordings reflect this.
In this collection we have his hits, 'I MAY NEVER PASS THIS WAY AGAIN' and 'I BELIEVE' - together with Perry's own personal favourite recording 'AVE MARIA'. In 1967, in the midst of the 60's Revolution, Perry scored a hit with a simple little tune about 'THE FATHER OF GIRLS'.The message of the song is for all generations of Father's, and no one can sing it with more sincerity than Perry.
His sell-out tour of the UK in 1975 was preceded by his predominance in the Charts.
'IT'S IMPOSSIBLE' in 1971, and in 1973 'AN I LOVE YOU SO' and 'FOR THE GOOD TIMES' spent no less than 48 weeks in the UK Charts. A record in itself. Perry's last recording to date is also included in this collection. Made in 1987 'THE WIND BENEATH MY WINGS' has become a firm favourite an Perry's Concert Circuit. (Michael Dunnington 1992) 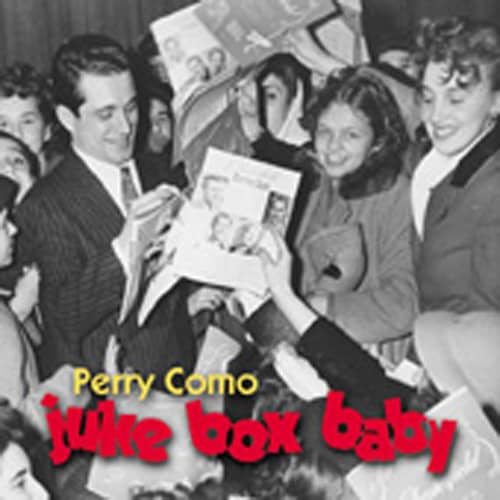 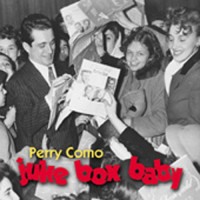 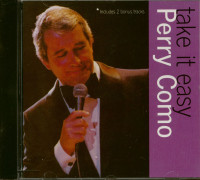 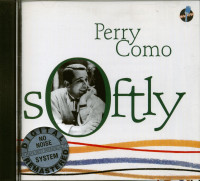 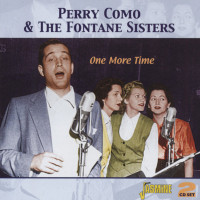