P Secure bonuspoints now
Description
Learn more about Bobby Charles
Review 0
Description
Most of these tracks were recorded during the second part of the 1990s. They show one of the...more
Close menu 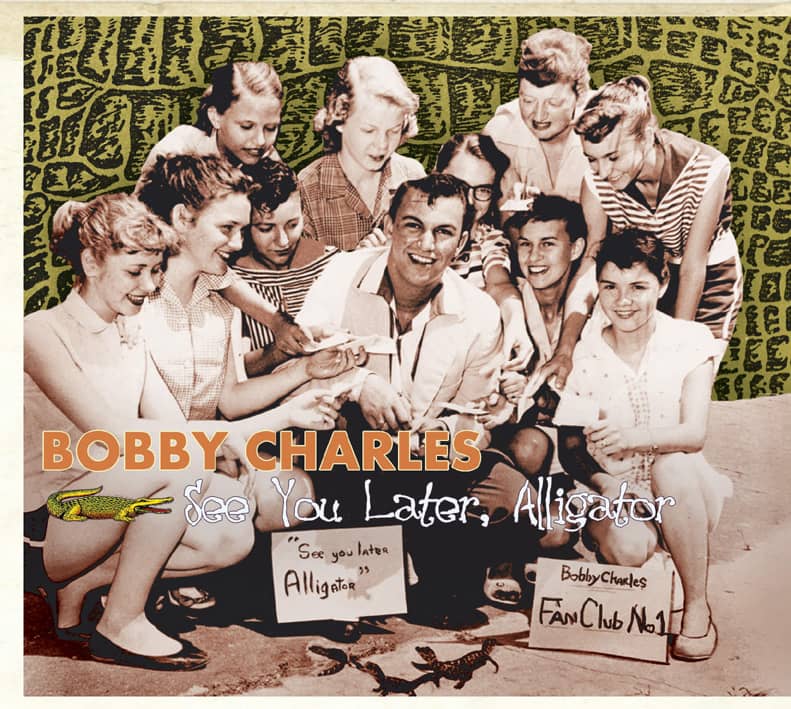 In 1955 Bobby Guidry was a 17-year-old Cajun teenager from Abbeville, Louisiana--population 9,308, in Vermilion Parish, just south of Lafayette. "I come from a very poor family," he noted. "We never really had a car, a TV, or anything. We just survived."  Emory and Edwina (Richard) Guidry raised four children; he delivered gasoline to rice farmers in the area and she was a housewife.

A girl replied to his hip salutation, but Bobby didn't quite hear the reply as he exited the restaurant. He went back inside and asked her, "What did you say?"  "After a while, crocodile!" laughed the girl. "I love you!"smiled Bobby. He went home and stayed up all night to write his song. His dad, who had to get up before dawn to drive his truck, yelled at him to turn the light out. "I used to always make up songs," stated Bobby. "It's a gift from God is all that can see, 'cause I can't read or write a note of music. I can't play any kind of musical instrument. For some reason the songs just come out. But if they don't come from the heart, they don't come out."

Leonard liked the song. "You go to New Orleans," said Chess, "I'm gonna call Paul Gayten. He'll arrange some studio time for you at Cosimo's. And he'll get the musicians." Bobby bristled; he told him that he recorded with his own band or no deal. After some discussion, Chess agreed.