Every Saturday night for a quarter-century, Janette Carter has taken the stage at the Carter Family Fold in Hiltons, Virginia, making good the promise she made to her father, Carter Family patriarch
A.P. Carter, to keep his music alive. Janette Carter sings in the forceful and soulful Appalachian style pioneered by her mother, Sara Carter. She has made very few records in her career, but now Bear and the 'Howdayadoo' LP from 1973. 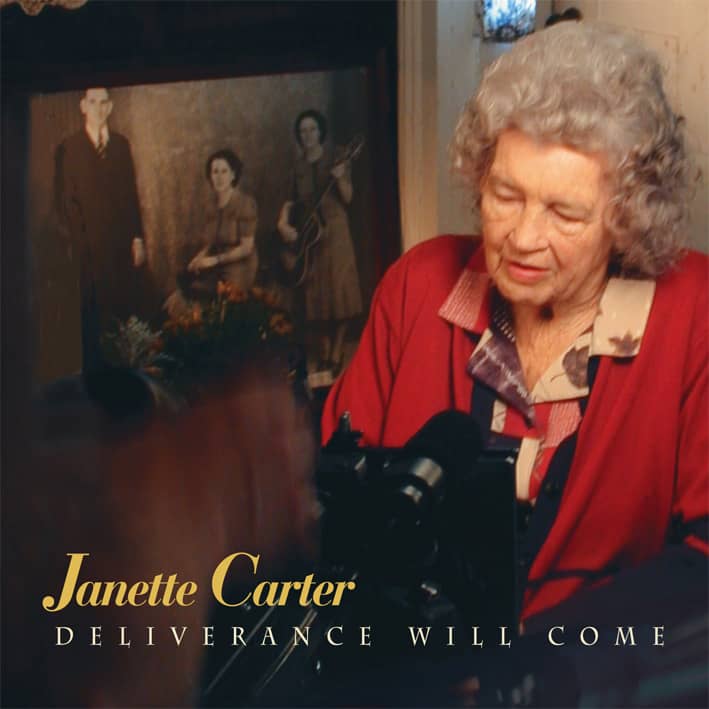 Janette chooses the bands herself, listening to all the tapes and CDs that come in. After she's finished her opening numbers, she sits on a couch behind the band, and if there are too many slow songs, she'll prod one of the band members with her walking stick. "You're losing 'em, boy." She is, in her unaffected way, an astute judge of what works. During the intermission, Janette's niece, Flo Wolfe, sells CDs, tapes, videos, and souvenirs. Flo's mother was Janette and Joe's older sister, Gladys. Janette sings another song or two after the break, and then the band does its second set. There's no off-color humor, no drinking, and no smoking. The Fold closes up around 10:00PM, in time for everyone to get home, and get up in time for church.

In its way, the Carter Family Fold ranks among the most remarkable achievements in American music. It's hard to know what Elvis would think of Graceland, or what Martin Luther King would think of his speeches and catchphrases being copyrighted and trademarked, but it's absolutely certain that A.P. Carter would be very proud of the Fold. It was an almost inestimable act of faith to build it there near Hiltons, Virginia. The nearest interstate is miles away, and while Clinch Mountain is lovely, there's no reason other than the Fold to be four miles outside Hiltons on Saturday night. Something seemed to tell Janette that if she built it, they would come. And they have. Every week, Janette asks where everyone is from. The audience shouts out their home states. Visitors from Ireland get a good hand because most of the audience is directly or indirectly descended from Irish and Scots migrants. Janette and Rita made one trip to England and Ireland in 2002, and felt very much at home in Ireland. It was one of the very few times in the last thirty years that Janette has not presided over Saturday night at the Carter Family Fold.