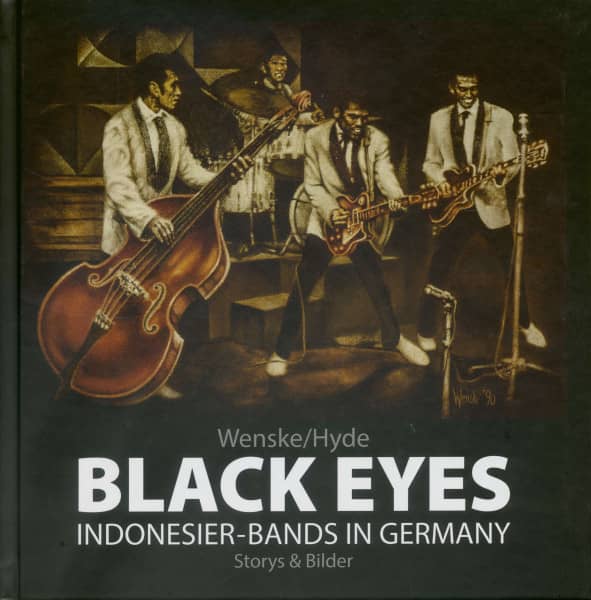 Almost forgotten today and hardly mentioned in any musical encyclopaedia in the early sixties before the English beat glut they were the absolute kings in the American bars and rock sheds of the garrison towns in the flourishing economic miracle of Germany, the Indonesian bands from Holland. The Indo rockers outside the USA were the only ones who found their own style of Rock'n'Roll, musically, instrumentally and showwise ahead of the early Beatles and other groups of that time.

The author experienced them live on stage, was friends with several musicians and bands and still has contact to the last survivors. With insider stories, photos and contemporary documents he resurrects the time of Indo-Rock.

The author Helmut Wenske aka Chris Hyde, born in 1940, was a teenager, rock'n'roller, cover designer for records and book illustrator. In the 70s, internationally known for his fantastic paintings (posters, picture books and exhibitions), he published the popular seller Rock'n'Roll Tripper in 1983, in 2003 his Rock'n'Roll-Bio in Bilder Scheiss drauf! 2009 followed Rock'n'Roll Junkie - Psychedelic Painter - Underground Author, 2011 Sackratten Blues and 2016 Red Rooster.

The author was a contemporary witness and self-promoter in TV documentaries, including Roll Over Hanau (HR 3/Arte). 2006 was created at Amigofilm Productions e.K. Shakin' All Over, Helmut Wenske - Ein Leben gegen den Strich.
STATEMENTS
In the late fifties and early sixties I saw many Indo bands, but only the four Tielman Brothers and the Crazy Rockers impressed me and I remember them. The boys were way ahead of their time. They just didn't know. They did not realize that they sometimes produced things on the guitar that could not be grasped by trained musicians. Everything happened very naturally, almost organically, really from the heart. They played rock'n'roll in an authentic way. The guys were incredibly casual and perhaps disappeared from the stage within a few years because of this annoyance.

The Indo bands together with Eddy Christiani were the first to introduce the electric guitar in Holland. They were also exemplary in terms of show and dynamics and inspired many Dutch pop musicians. Some people do not want to admit this fact, but nevertheless: what is good, remains good!