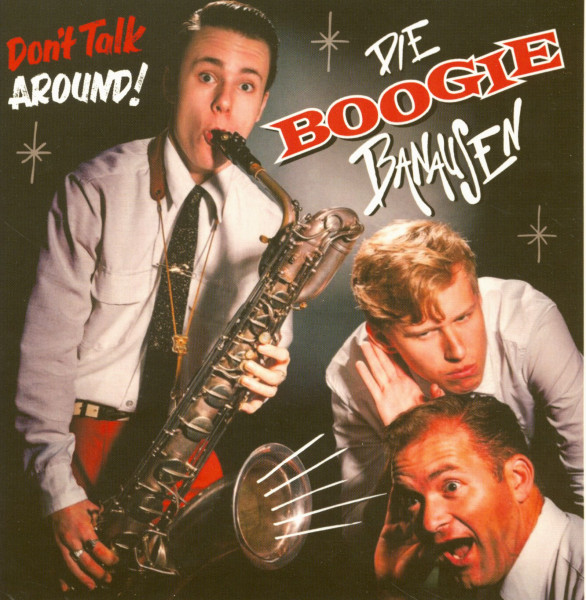 Debut album of the popular Rock'n'Roll trio on the band's own label of The Firebirds' friends.

The Boogie Banausen have already been an absolute eye-catcher and audience favourite at many scene festivals at home and abroad. Not only do they surprise as a trio with piano, wind instrument and drums with an organic, full and rousing sound, but also the fact that the two founders of the band, Lorenz Knauft (saxophone, clarinet) and Dennis Taubner (vocals, piano) are not only extremely talented musicians, but also some years away from their majority, attracts a lot of attention.

Drummer and singer Michael Seyfarth complements the youthful duo and raises the average age a little. After the trio was often invited by the entertainment pros The Firebirds to the festival of the same name or to the supporting programme, they are even booked by international festivals like this year's 'Viva Las Vegas' in Los Angeles.

High time for a debut album as business card, and this immediately convinces with its 14 swinging songs, which are almost all self-composed and dance fierily between Rock'n'Roll, Jump Blues, Jive and Boogie. In addition Dennis Taubner sings as if he were Jerry Lee Lewis, Elvis and Louis Prima in one person. Recorded by Axel Praefcke and Ike Stoye at Lightning Recorders Studio in Berlin, 'Don't Talk Around' is anything but a reason not to talk about it! Tip!