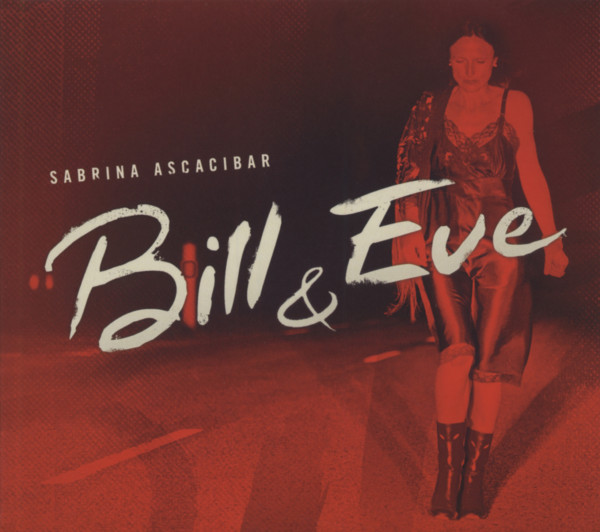 1-CD Digipak (4-plated), 9 tracks. Total playing time approx. 29 mns.
Bill & Eve are driving through the night. A goner calls out for redemption. Three men are leaving St. Domingo never to return.
Eve takes her revenge by singing the blues. Later she spends the night with a taxi driver. In the depth of the sea a mermaid devours
her beloved.

Sabrina Ascacibar`s new album is even more surreal and surprising than the previous two, ‘Ahoi!’ and ‘Wo Bist Du?’
The theme in ‘Bill & Eve’ is again “travelling” – or, to be more precise, it`s about being on the road but never arriving. The road
is a symbol – like life, it`s about the journey, not the destination.

Musically, it is waltz, milonga, chanson & blues – quite a wild mixture. This is music that transports you from one place to another,
and creates the space for your imagination. “There are many ways to live and love” …says Ascacibar.

Sabrina Ascacibar, born in Dakar (Senegal), brought up in Buenos Aires, studied acting in New York. Today she lives in Hamburg,
Marseille and the north of Spain – we can hear her theatrical background in her music, and also her South American roots. She
sings, speaks, breathes in many different languages: English, German, Spanisch, Italian, French. The characters in her songs are
presented in a clear and poignant way.

In all these songs Sabrina Ascacibar caresses, hurts, spoils us with her voice, and yet she never looses her authenticity. Sometimes,
briefly, she seems to give way to others, like Tom Waits or Edith Piaf, always using the right moment for it. She is unpredictable,
sometimes playful, daring. As we follow her, we sense that she encourages her spectacular musicians to do the same.
There are magic moments at the Sendesaal Bremen, where these performances were recorded live in 2012 and 2013.

Bill & Eve – the title song: Eve is standing at the roadside with a bottle of gin in her hand. Then Bill drives along and says: “Get in the car, you make sense.” That`s strong, and it makes sense; you travel with them for 5000 nights. The music is good. Banjo,bandoneon, an unusual combination, but it works. It sounds like a roadmovie sound- track. So far everything seems to be alright but then somehow the road takes an unexpected turn.

La llorona – a Mexican traditional: a goner is begging to the Llorona, a mysterious mythological figure in South America. They say she wanders around the streets at night weeping and looking for her chidren that have been killed.

Then we find ourselves in a Spaghetti Western: Sonny Bono and Cher`s Bang Bang (“My baby shot me down”), but in Italian. A shim- mering guitar, High Noon. Children are playing, they shoot at each other, dust on the road, that`s how these children play. Is it all real? Eve bursts out in anger.

Santo Domingo – an old German Schlager, sung in the sixties bei Wanda Jackson, No. 1 on the charts in 1965. Sabrina Ascacibar pre- sents it as a little existential emigrant story with a rumba rhythm and a twinkle in her eye.

Bill is a blues with contrabassoon, guitar and bandoneon – Eve’s pas- sionate retaliation with Bill.

In Pick Up Eve orders a taxi, but not for the first time. She ends up gi- ving herself up to the driver. “....start the engine slowly and I`ll sit on your lap....” An old school ragtime.

Dansons la valse is a song written by 17 Hippies, a band from Berlin. A dreamy waltz – A mermaid honey-traps her lover into the deep water to devour him. Tremolo guitar sounds with a breathless ban- doneon solo.

Los ejes de mi carreta, the last song, a milonga campera from the Argentinian composer Atahualpa Yupanqui: the best company of an old man travelling on his wagon is the squeaking noise of his cartwheels. “Everybody tells me to anoint the wheel axles of my cart. Why should I, when I like the company of this noise.” The road is long... 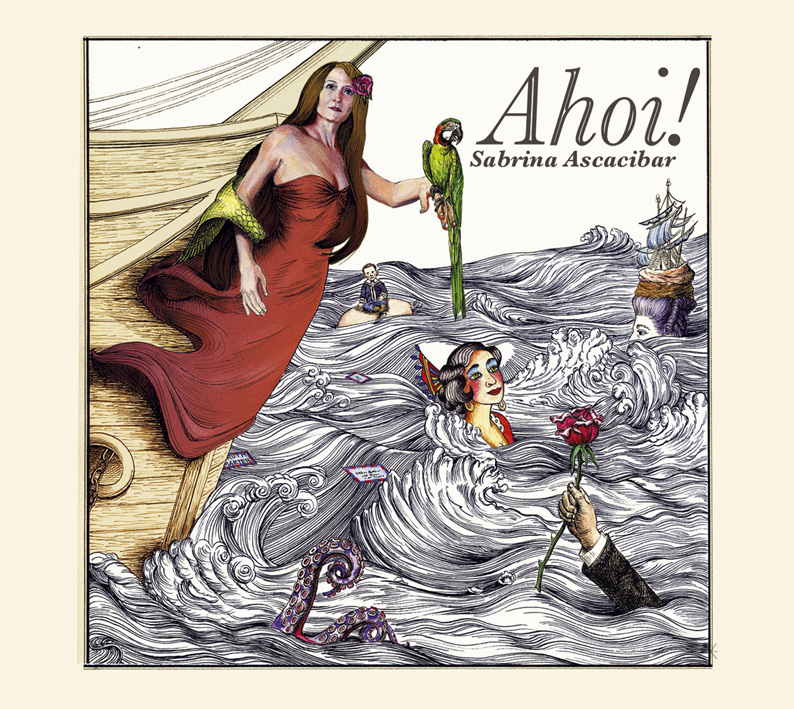 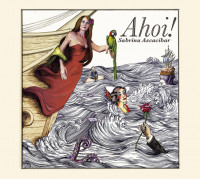 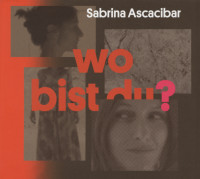