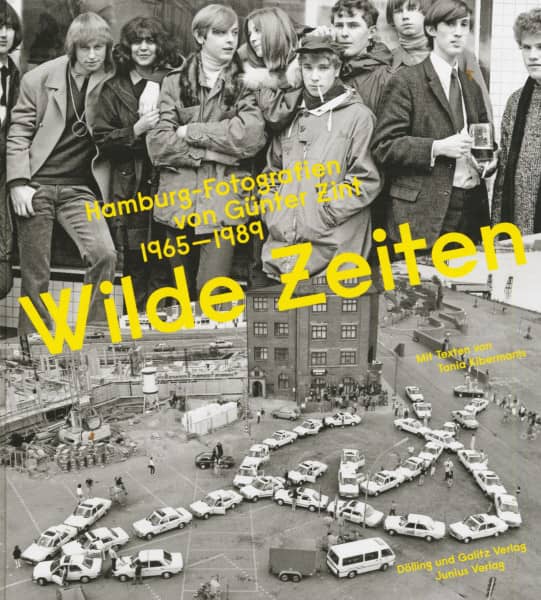 The music in Hamburg's clubs in the early 1960s was legendary and far more than just sounds to pick up - the beat was the soundtrack of departure and rebellion. Of all the clubs, the Star Club on Große Freiheit right next to the baroque St. Joseph's Church was probably the most famous. Although it only existed for eight years, the small stage of the former Stern cinema (hence the name) was home to many of the greats of rock history, including the Liverbirds, Bill Haley, Chuck Berry, Little Richard, Jimi Hendrix, Ray Charles, Fats Domino, Brenda Lee, the Rattles and Jerry Lee Lewis. And of course the Beatles, when they were still unknown music malochers from England, who, along with six other bands per evening, had to work hard to gain the attention of the audience here. The Star Club founder Manfred Weißleder had a fine nose for talent and good wires to England, so that quite a few bands he had brought to Hamburg conquered the world from here. But the Star-Club was much more than music - it was an experimental laboratory for everything new, hot and special.

The writer Hubert Fichte also gave his famous "Beat and Prose" reading here in 1966 in front of 1500 enthusiastic listeners, thus making the beginning of pop literature in Germany. In 1969 Frank Dostal, Achim Reichet and Kuno Dreysse took over the programming of the Star Club. All around, more and more discotheques opened, during the week there was a lack of audience, fees could only be paid with difficulty. Hardin & York gave the last concert on New Year's Eve 1969. Kuno Dreysse snotted a few angry farewell words afterwards: "This is really the last evening - and it's your own fault. You only get up with your ass when something famous plays here.

You will still think of the Star Club when you squeeze your asses into the chairs in the music hall and can't move anymore. Afterwards it was party time. Renä Durand moved in with his Salambo. In the meantime, the Große Freiheit is hardly more than a drinking and party mile. Bowling clubs have their pictures taken in front of the Beatles monument, and in the dawn, there are more police operations than rock 'n' roll. The Star Club building burned down a long time ago, only a memorial stone in the backyard - erected by the initiative of Günter Zint - still reminds us of the great times of live music.