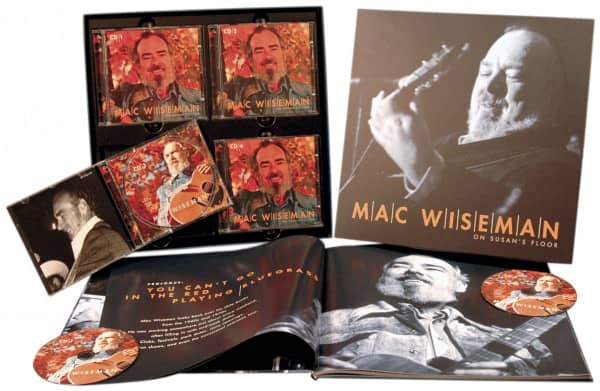 We did it first...and we do it best! Now here's the second installment of our Mac Wiseman retrospective, including his ultra-rare recordings for Dot, Rural Rhythm, MGM, RCA, Churchill, and his own Wise Records! Backing musicians include the Osborne Brothers and Bluegrass stalwarts like Josh Graves ... all in top form! Photos from Mac Wiseman himself, photographer Les Leverett and a detailed interview bring this amazing period of Bluegrass history to life!

These were, in many ways, Mac Wiseman's golden years. He was bringing his music to a worldwide audience and recording many of the songs for which he became well known at home and overseas. This 4-CD retrospective of his career from 1965 to 1979 begins with his ultra-rare Canadian LP for his own Wise Records, featuring his first recordings of Molly Bawn and Bringing Mary Home. Then within the space of a few weeks he recorded a 20-song LP of vintage country, bluegrass, and folk songs for Rural Rhythm together with three conceptualized LPs for Dot, including a bluegrass LP with the Osborne Brothers. All are here complete, reissued for the first time.

After one single on MGM, Mac Wiseman signed a long-term contract with RCA, and was produced by the legendary Cowboy Jack Clement. Under Jack's guidance, he recorded songs like
On Susan's Floor, It Rains Just The Same In Missouri, and Wrinkled Crinkled Wadded Dollar Billas well as novelty songs like Johnny's Cash And Charley's Pride and You Can't Go In The Red Playing Bluegrass. At the same time, Mac Wiseman was recording LPs that featured the best of Nashville's new songwriters together with established favorites from long ago.

As a postscript this box also includes Mac Wisman's recordings for Churchill Records between 1977 and 1979, featuring his hit single of My Blue Heaven with big band leader Woody Herman, as well as some of the most challenging songs he ever recorded.

Today, Mac Wiseman is one of the few survivors from the early days of bluegrass. He connects the music to the folk and parlor songs that preceded it, and sings with the same unaffected sincerity. That's why so many generations know him as THE VOICE WITH A HEART.

In addition, this exclusive set includes 114 recordings, plus an extensive hardcover book with an essay by Colin Escott that includes interviews with Mac Wiseman, as well as a complete discography and many previously unpublished photos. 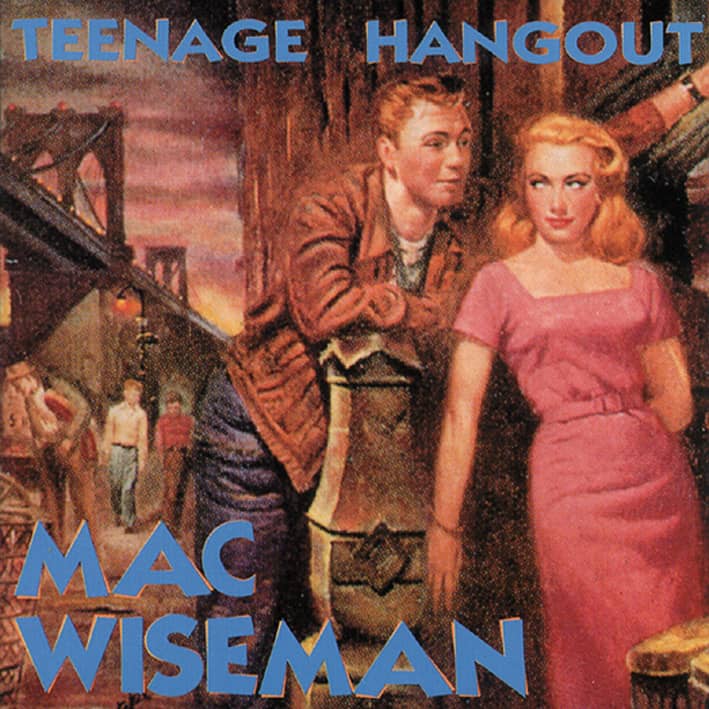 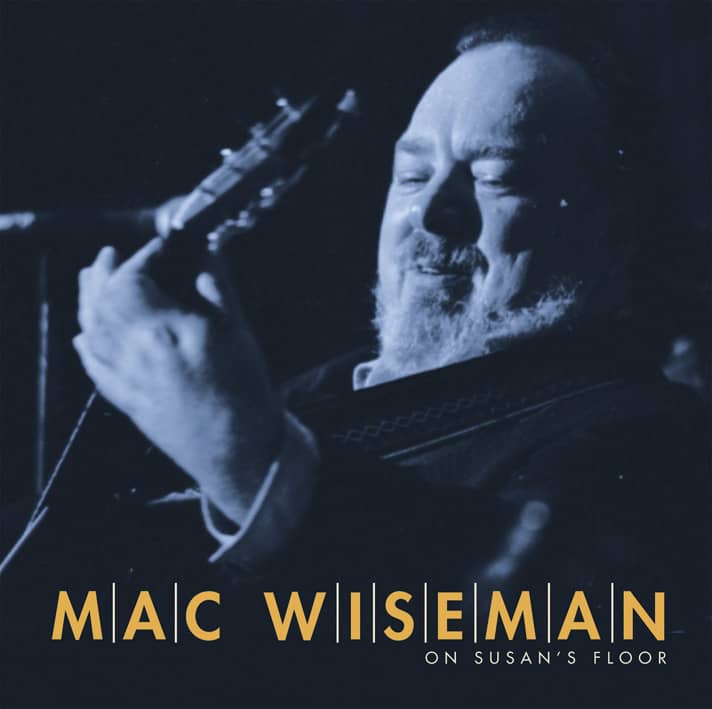 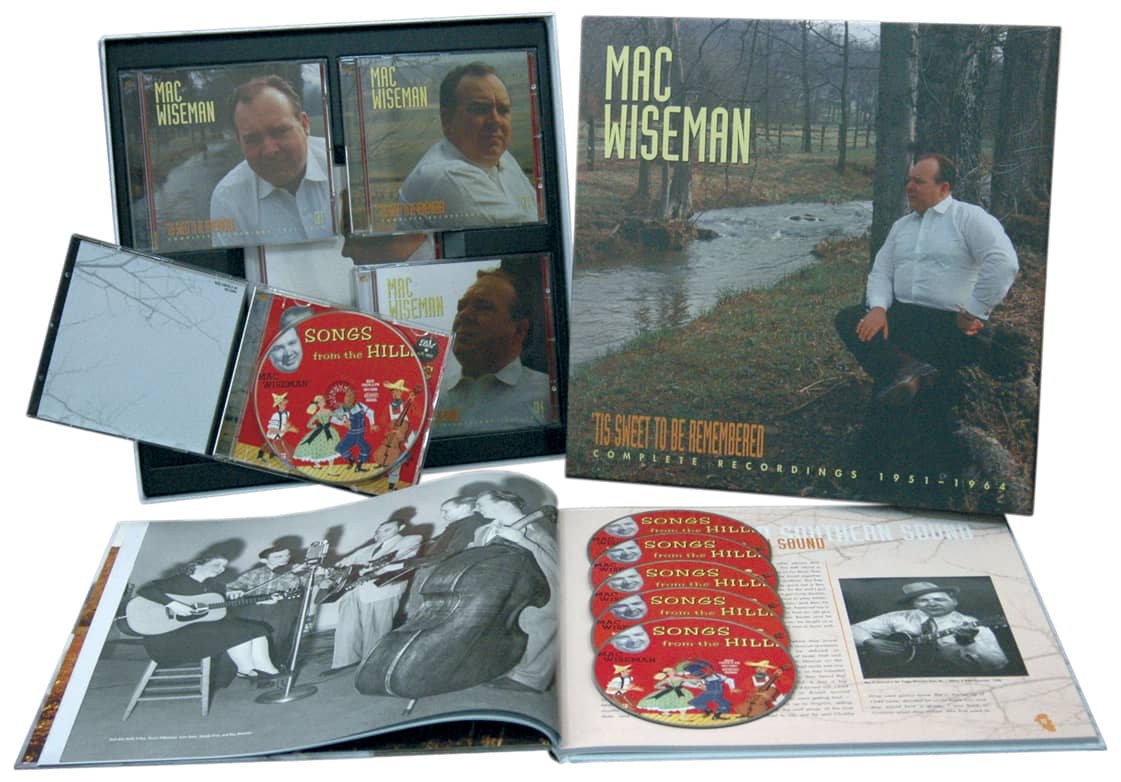 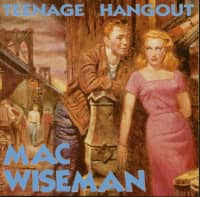 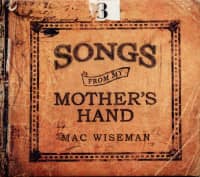 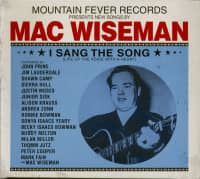 Tracklist
Wiseman, Mac - On Susan's Floor (4-CD Deluxe Box Set) Box set 1
01 Maple Sugar Sweetheart
02 Bringing Mary Home
03 Legend Of The Irish Rebel
04 The Ghost Of Bras D'or
05 Prince Edward Island Is Heaven To Me
06 What A Waste Of Good Cornlikker
07 My Nova Scotia Home
08 When Its Apple Blossom Time In Annapolis...
09 My Molly Bawn
10 Atlantic Lullaby
11 My Cape Breton Home
12 Pistol Packin' Preacher
13 Wreck Of The Old 97
14 Little Mohee
15 Corinna, Corinna
16 Sittin' On Top Of The World
17 How Many Biscuits Can You Eat
18 Ring Those Golden Bells
19 I Saw Your Face In The Moon
20 I'll Be All Smiles Tonight
21 The Waltz You Saved For Me
22 Just Over In The Gloryland
23 My Grandfather's Clock
24 Little Blossom
25 There's More Pretty Girls Than One
26 Rovin' Gambler
27 Sourwood Mountain
28 Midnight Special
29 Mary Of The Wildmoor
30 The Black Sheep
31 Bringing In The Georgia Mail
32 Turkey In The Straw
Wiseman, Mac - On Susan's Floor (4-CD Deluxe Box Set) Box set 2
01 We Live In Two Different Worlds
02 Tragic Romance
03 I'll Be All Smiles Tonight
04 This Is Where I Came In
05 You're The Best Of All The Leading Brands
06 Don't Make Me Go To Bed And I'll Be Good
07 The Bluebirds Are Singing For Me
08 New Black Suit
09 How Lonely Can You Get
10 Since The Day You Went Away
11 Darling Little Joe
12 A Million, Million Girls
13 The Letter That Never Came
14 Wreck Of The C&O #5
15 The Black Sheep
16 The Legend Of The Haunted Woods
17 Put My Little Shoes Away
18 The Letter Edged In Black
19 Ballad Of The Lawson Family
20 The East Bound Train
21 My Mother's Old Sunbonnet
22 May I Sleep In Your Barn Tonight Mister
23 Molly Bawn
24 White Silver Sands
25 When It's Springtime In The Rockies
26 Little Bird
27 You're The Only Star In My Blue Heaven
Wiseman, Mac - On Susan's Floor (4-CD Deluxe Box Set) Box set 3
01 A Maiden's Prayer
02 Just A Baby's Prayer At Twilight
03 At The Rainbow's End
04 Lonely City Park
05 This Is Where I Came In
06 Me And My Memory
07 The Isle Of Capri
08 Forever And Ever
09 Got Leavin' On Her Mind
10 She Simply Left
11 The Things You Have Turned To
12 Johnny's Cash And Charley's Pride
13 Mama, Put Your Little Shoes Away
14 Crystal Chandelier
15 All I Have To Offer You (Is Me)
16 Wrinkled, Crinkled, Wadded Dollar Bill
17 Ring Of Fire
18 Me And Bobby McGee
19 Ballad Of A Teenage Queen
20 Guess Things Happen That Way
21 The Day The World Stood Still
22 The Easy Part's Over
23 Big River
24 The Little Folks
25 Sweet Sadness
26 I'll Still Write Your Name In The Sand
27 I'd Rather Live By The Side Of The Road
28 Sing Little Birdie
29 Colours
Wiseman, Mac - On Susan's Floor (4-CD Deluxe Box Set) Box set 4
01 Song Of The Wildwood
02 At The Crossroad
03 Let Time Be Your Friend
04 On Susan's Floor
05 Let's All Go Down To The River
06 Sunny Side Of The Mountain
07 Eight More Miles To Louisville
08 Keep On The Sunny Side
09 Will The Circle Be Unbroken
10 A Tragic Romance
11 It Rains Just The Same In Missouri
12 City Of New Orleans
13 Catfish John
14 You Can't Go In The Red Playin' Bluegrass
15 It Comes And Goes
16 Dixie Hummer
17 I've Got To Catch That Train
18 Never Going Back Again
19 Goodbye Mexico Rose
20 Dancing Bear
21 Scotch And Soda
22 Me And The Boys
23 Two Hundred Dollars
24 45s - 8x10s
25 My Blue Heaven (& WOODY HERMAN)
26 If I Could Be With You (It Must Be True) (&
27 WOODY HERMAN)