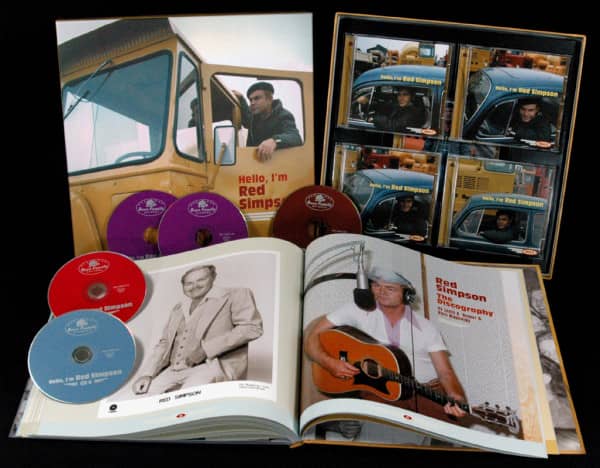 Hot licks, big hits, and truckers' favourites! The very best recordings from a giant of the Bakersfield scene ... a scene that gave us Merle Haggard and Buck Owens, and inspired Dwight Yoakam and many others. Bob Dylan called Red Simpson 'the forgotten man of Bakersfield.' Merle and Buck recorded over 40 of Red Simpson's songs! The set includes 26 previously unissued songs. Nearly all of the other recordings are previously unissued on CD! Most have been unavailable since the '70s and '80s! - Red Simpson made a name for himself in country music with a string of blacktop anthems like Roll Truck Roll,
The Highway Patrol, Diesel Smoke, Dangerous Curves, Country Western Truck Drivin' Singer, Awful Lot To Learn About Truck Drivin', and Truck Driver's Heaven. He popularized the romanticized image of the trucker as a modern-day cowboy of the open road. But there was much more to Red Simpson... Raised in Bakersfield, California, Red Simpson was at the center of the vibrant honky tonk scene that spawned Buck Owens and Merle Haggard. A multi-instrumentalist who composed hundreds of songs, Red Simpson earned a reputation as one of the West Coast's most respected songwriters. Buck 'n' Merle recorded more than 40 of Red Simpson's songs, including Top 10 hits like Gonna Have Love, Sam's Place und Kansas City Song, Close Up The Honky Tonks, and You Don't Have Very Far To Go.

This set includes all of Red Simpson's recordings from 1957 until the year he retired from touring, 1984. All the songs on his seven Capitol LPs are here, together with his singles for Capitol, Portland, and independent labels. All of his hit singles are here, as are unreleased Capitol masters, 18 previously unissued demo recordings, Red Simpson's own versions of hits he wrote for Buck Owens, and dozens of songs that appear on CD for the first time. This set also contains a hardcover book that features a complete discography, many unseen photos, and a detailed biography by Scott B. Bomar documenting the colorful and sometimes volatile career of the truck music poet. 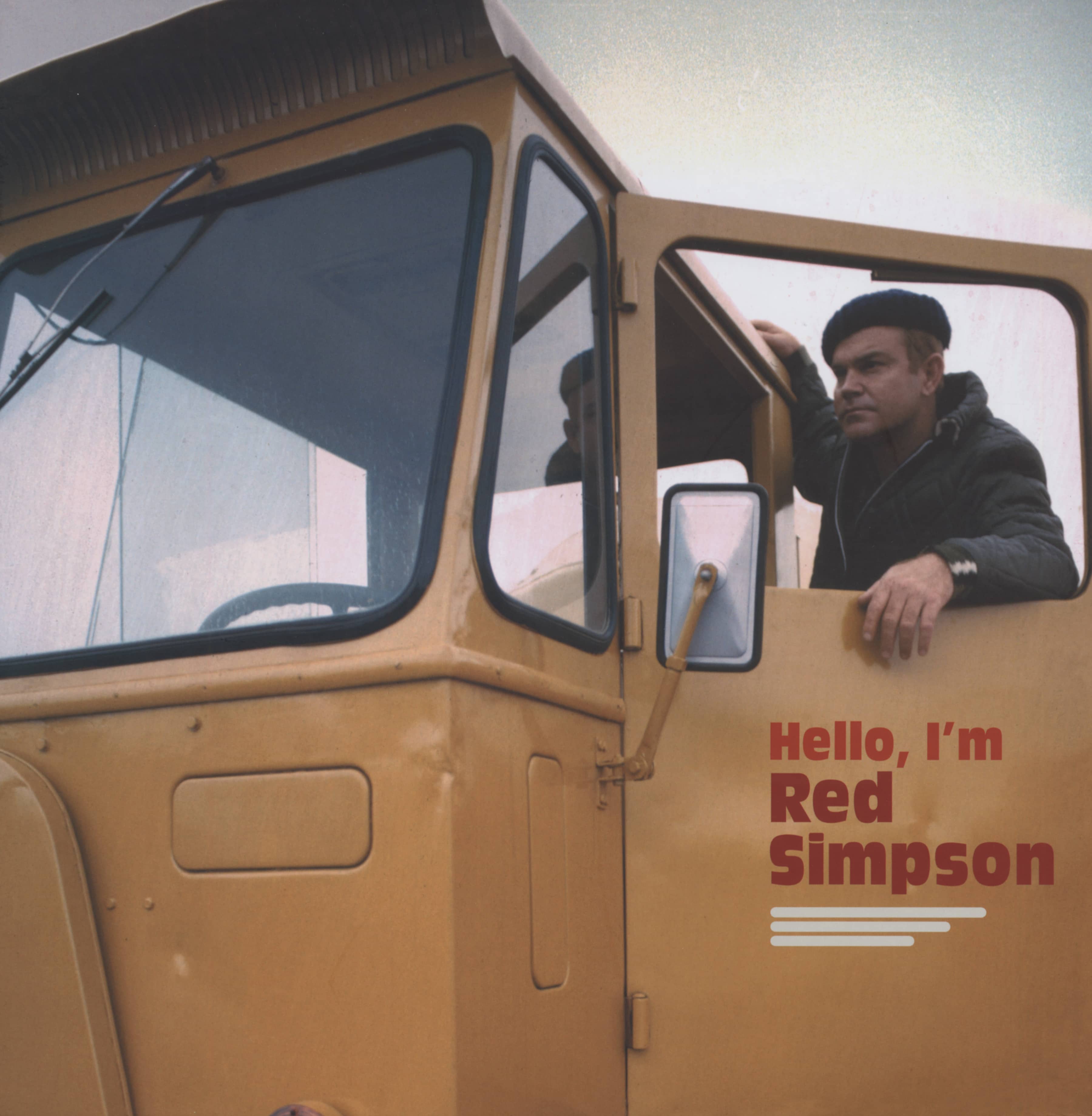 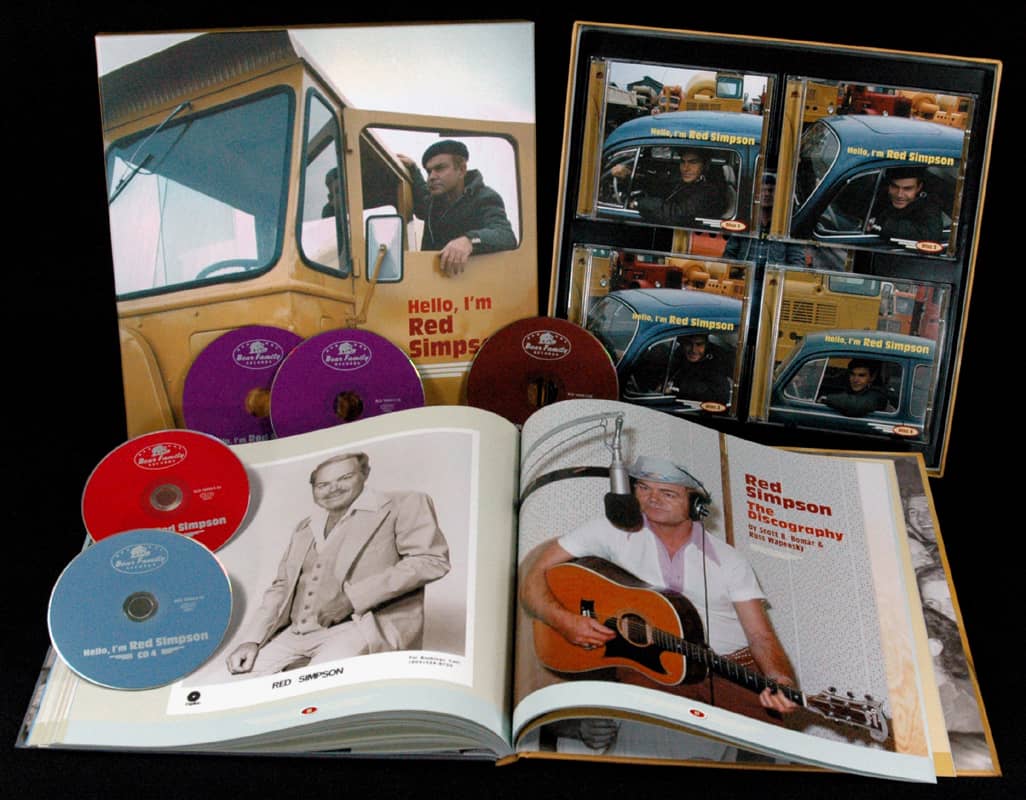 This phantastic box set comes with a large book with rare photos, all that you need to know about Red Simpson's life and his music career, alongside session details for all of the recordings.
Maverick 11-12/12 Alan Cackett

Hopefully this phantastic set will go some way in gaining Red Simpson the recognition he deserves as a singer as well as a songwriter.
Country Music People 6/12 Duncan Warwick