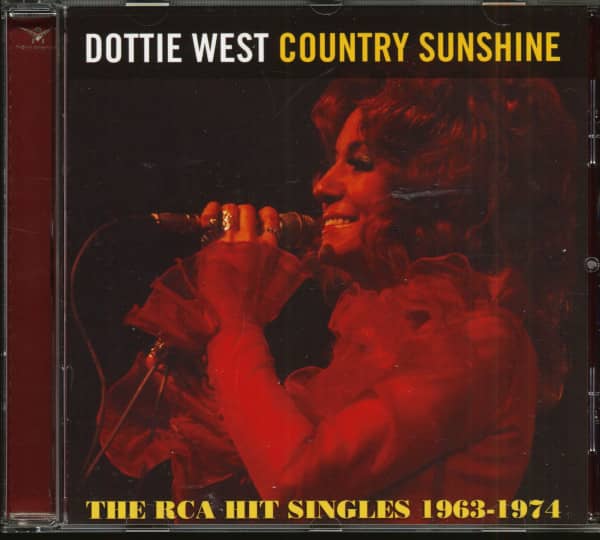 Dottie West is not yet in the Country Music Hall Of Fame, but few deserve that honour more than she does.
She gave many artists the kind of career help that Patsy Cline and Jim Reeves gave to her in her early days, and never sought credit for doing so. As well as being a fine singer, she was an accomplished songwriter. Dottie enjoyed 13 years as an RCA Victor recording artist, placing 37 singles on the Billboard Country charts between November 1963 and June 1976.
Here Comes My Baby won a Grammy for Best Female Vocal Performance and led to Dottie being invited to join the Grand Ole Opry, a membership she maintained consistently for 27 years... 1980 was Dottie's golden year. She and Kenny Rogers won the CMA's Duet Of The Year for the second time in succession, and she also achieved her second #1 with Are You Happy Baby? This long-overdue compilation embraces all the significant smashes from her RCA days!

Gene Thomas was a teenage rock 'n' roller from Palestine, Texas, who went to Houston in search of his big break. His record of Sometime became a fairly big hit in 1961, and caught the ear of Roy Orbison, who brought him to Nashville. Orbison and Bobby Goldsboro wrote the follow-up, Baby's Gone, but it died at #84. "Back in Houston," Thomas said later, "I began focusing more on writing, due to the fact I didn't like any of the songs offered by the Nashville publishers. In '67, I wrote a song titled 'Go With Me' and recorded it as a duo [Gene & Debbe]." It was probably fellow Houstonian Mickey Newbury who connected Thomas with Acuff-Rose's new pop label, TRX. Gene & Debbe cracked the Hot 100 three times in 1967 and '68. Rings Of Gold was one of their duets, but the original version was by yet another duet, Waylon Jennings and Anita Carter, who recorded it in November 1967. Someone at Acuff-Rose pitched it to Don Gibson and Dottie West for their first and only duet album.

The once-assertive backbeat on Gibson's records had given way to a brisk, playful rhythm track. Three electric guitarists worked the session, Grady Martin, Jerry Reed, and Chet Atkins. It's hard to know who's playing the trippy lead guitar; in all likelihood, it's Martin. Rings Of Gold reached #2 on the country charts, becoming Dottie West's biggest hit to that point. At the end of 1969, Chet Atkins dropped Gibson, deciding that a jolt might rid him of his addictions and sloppy attitude. Wesley Rose picked him up on his way down for Hickory Records. There were another thirty-plus hits, none of them very substantial except Woman (Sensuous Woman), which topped the country charts in 1972. 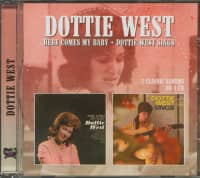