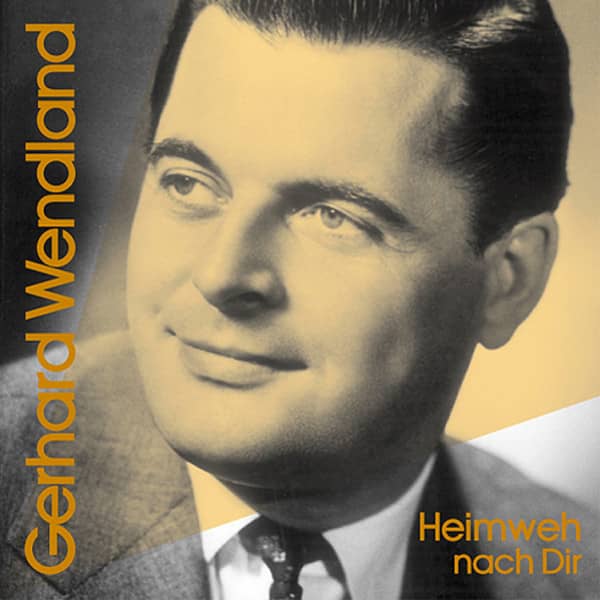 Learn more about Gerhard Wendland
The circle of Schlagerfreunde, which will feel addressed by this record, is large: The... more
Close menu
"Gerhard Wendland" 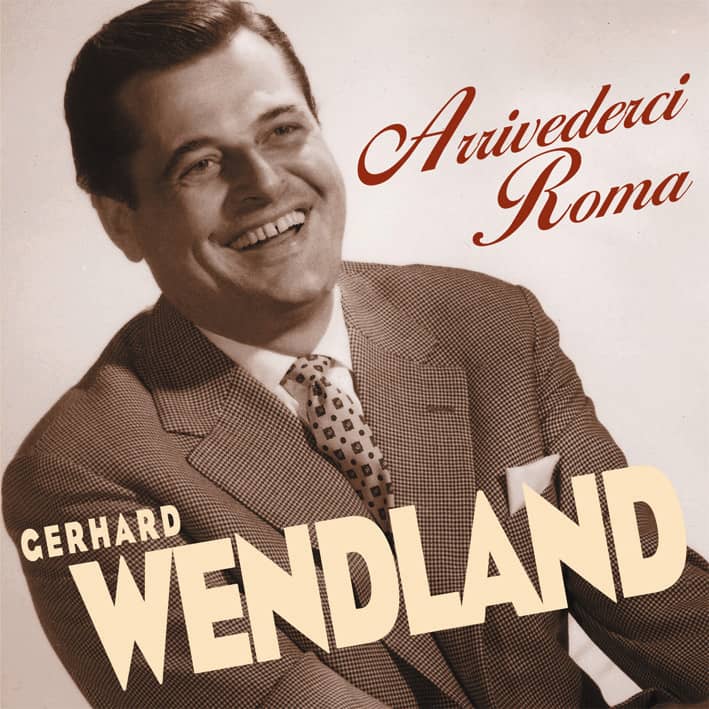 The circle of Schlagerfreunde, which will feel addressed by this record, is large: The charming Musette-Walzer an der Seine in Paris fulfills the desire for tender, in love, French atmosphere, and as praise song on the eternal city the Tango-Serenade Arrivederci Roma sounds lately so popular. In addition the names Gerhard Wendland and Werner Müller. "In its April 1956 issue, the Polydor-Musikrevue, which presents the latest records to the Schlagerfreunde every month in the mid-50's, advertises this "Schlagerfahrt Rom - Paris ist das Reisegeld wert," the cover page shows a radiant Gerhard Wendland, whose portrait - graphically alienated - looks like an oil painting to the viewer. In the spring of 1956, the owners of shops for artists' requisites were surprised at the rapid sales of picture frames in A4 format, and very few knew who caused them: Gerhard Wendland. His many admirers frame the colourful cover picture and hang it in a place of honour above the record player or the music chest.

On February 18, 1956, the Wendland version of the hit from Rome appeared for the first time in the German charts. Many Schlagerfreunde believe that it is the original German version of the meanwhile international catchy tune, which was sung in neighbouring France in a French version by Tino Rossi in the'Parade du disque'. But the big German record companies are arguing about this predicate: Cologne's Electrola sends Fred Bertelmann, who has just signed his first record deal with a major company in Cologne, into the pop race; Decca from Hamburg relies on the charming Swiss Lys Assia, who, with Arrivederci Roma, makes the leap into the German hit parade one week after Gerhard Wendland. Her version remains in the charts for 20 weeks, 15 weeks of which are in the top 10 and climbs to number 4, just overtaking Gerhard Wendland, whose Polydor single remains in the charts for 15 weeks, rising to number 9 and holding its own in the top ten for three weeks. 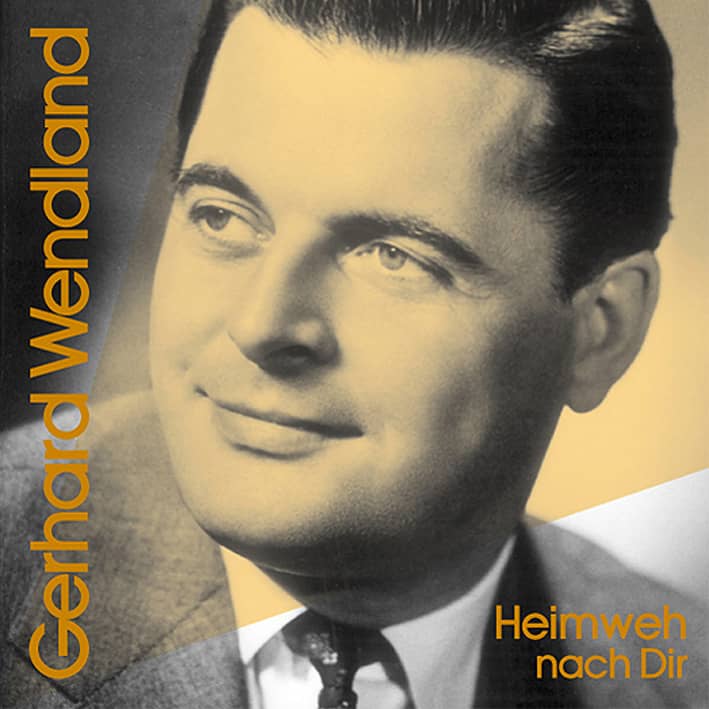 Even if Wendland is not in front of the film camera as often as at the beginning of his career in the middle of the 50's - he still has great success with film melodies. Kurt Feltz, responsible for the production West der Polydor in Cologne, brings Gerhard Wendland to the Rhine for the German versions of the theme songs of the successful films'Rifififi' and'Der Mann aus Laramie'. On October 28, 1955, he stands in front of the microphone in the congress hall of the exhibition grounds and sings in true Wendland style. Both songs immediately hit the radio charts, and the cowboy song also made it into the charts on the last day of 1955. He stays there for 26 weeks, 21 of them in the top ten and reaches 3rd place.

Tours with other hit stars, prominent orchestras and quick-witted conferenciers were also on Gerhard Wendland's agenda in 1956. "It was often at that time when we came together on a tour, like at a reunion: When the right people got together, pranks were played all the time and there was a lot to laugh about," recalls the singer in an interview in the early 1980s. He remembers a prank in particular, which he likes to play at an advanced hour among his colleagues, and which Lonny Kellner also tells in the'Great Peter Frankenfeld Book' from 1984: "It was in 1956 when Peter toured Germany with Friedel Hensch and her Cyprys, the devil's violinist Helmut Zacharias, Gitta Lind, Bully Buhlan and Gerhard Wendland. The atmosphere was great, the tour was sold out. One day Gerhard Wendland had the glorious idea of playing a prank on Helmut Zacharias: In a junk shop he bought an old violin for ten marks. During the rehearsal before the performance in the small town of Weilheim in Upper Bavaria Helmut lost sight of his own precious instrument for a moment, Gerhard quickly put the'jumble violin' into Helmut's violin case. Then Gerhard Wendland and Peter started an argument, during which Peter took the violin out of its case and hit it in seemingly blind rage on the piano stool so that it cracked. Helmut got a screaming fit, the two fighting cocks could hardly argue with laughter and had afterwards trouble to convince Helmut Zacharias that his precious violin lay undamaged in a safe place". 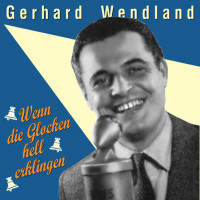 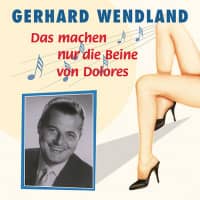 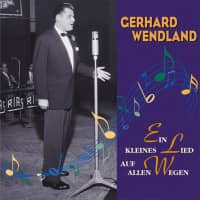 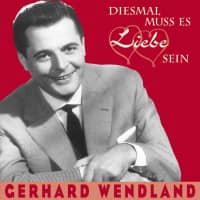