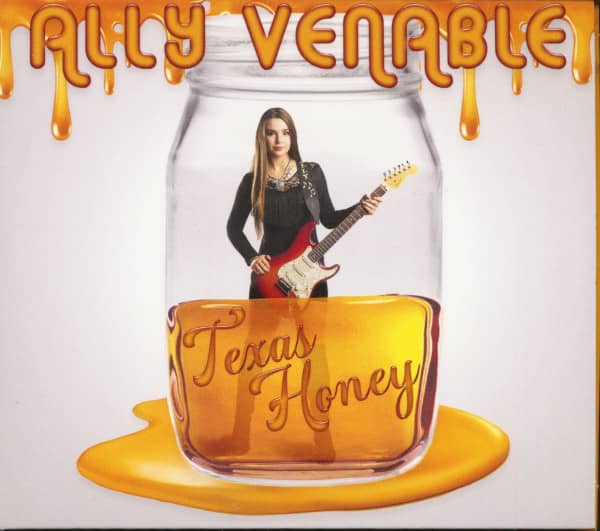 Texas. The name itself evokes associations with important chapters in the history of blues and rock'n'roll. In the pubs of the Lone Star State there is still talk about Texas Heroes like Roy Head, ZZ Top, Johnny Winter and Stevie Ray Vaughan. Now Ally Venable is getting ready to put her name in the history books with her album ''Texas Honey'', with the help of the prominent Texas-by-choice Mike Zito. Ally is the future of blues and at the same time a crossover between blues and American roots rock,' Zito enthuses. "She IS Texas Honey!

Venables' record debut on Ruf Records - which will be released parallel to the Blues Caravan 2019 tour - was recorded at MARZ Studio in Nederland, Texas, where producer Mike Zito incited the young musician to a new best performance. The album is still guitar accentuated,' Ally reflects.

But this time the songwriting, the hooks and the melodies are more in the foreground. I've written about my own experiences or things that people will hopefully feel. They should enjoy these songs and be able to forget their worries.'' With this she puts a icing on the cake for the first big breakthrough album of 2019 - by a talented Texan woman who has the stuff of legend. ''I'm very grateful'', reflects Ally, '''...for all the cool things that have already happened, that are happening right now and that will come up to me in the future...'' !