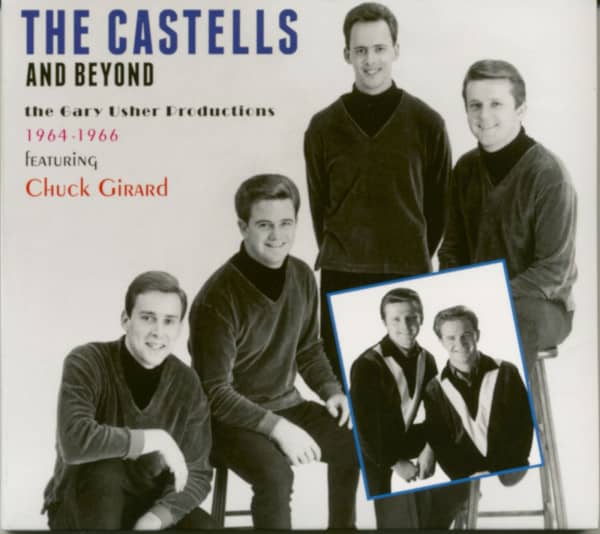 (2015/Teensville) 34 tracks. Studio wizard Gary Usher was the mastermind behind many of The Castells post-ERA releases. Listeners will be able to hear them all in this collection, including previously unreleased tracks and alternate takes. The package is highlighted by The Castells complete recordings for Warner Bros and Decca from 1964-1966. Also included are records and songs created by Usher and Castells lead singer Chuck Girard: these include six sides by child prodigy Keith Green, pop/folk/surf group The Devons, R&B duo Chuck & Joe, The Neptunes, and more! The Castells & Beyond boasts a full color booklet with label scans and track-by-track annotations. This is the very first collection of "lost" mid-sixties pieces featuring the production of Gary Usher and the involvement of Chuck Girard, powerful lead voice of the silky smooth Castells.

Article properties: Various: The Castells And Beyond 1964-66