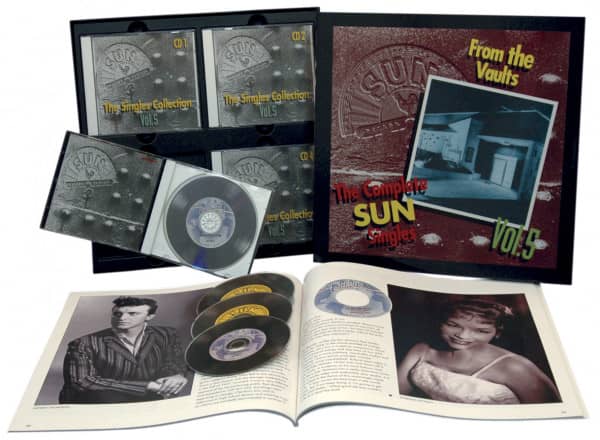 The fifth volume of 'The Complete Sun Singles' chronicles two landmarks: the last releases on Sun Records and the first on Phillips International. The Sun releases cover the years 1962 to 1968, including all singles from 380 to 407. The highlights are Jerry Lee Lewis's last Sun recordings, a previously unissued single by Jerry Lee's sister, Linda Gail; a rare promo only Sun single by the Teenangels, and the fresh garage rock sound of Memphis in the Sixties. This set also includes all Phillips International singles from 3516 to 3538, covering the years 1957 to 1959. Highlights include Bill Justis's original hit version of Raunchy, Hayden Thompson's Love My Baby, Johnny Carroll's That's The Way I Love, Bill Pinkney's After The Hop, Carl McVoy's You Are My Sunshine, and Charlie Rich's debut single, Whirlwind. Hank Davis provides in-depth song-by-song notes, and there are many previously unpublished photos and interviews.

This really has been a terrific series and a remarkable, not to mention brave, effort from Richard Weize's Bear Family Records. Every home should have a set.
Now Dig This, December 1998 Trevor Caijao

The accompanying booklet is, like the others in the series, quite stunning and is packed with rare photos, label shots of every release and a detailed text by Hank Davis telling the stories of all the artists involved and how their music came to made.
Now Dig This, April 1998 Trevor Caijao 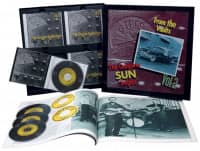