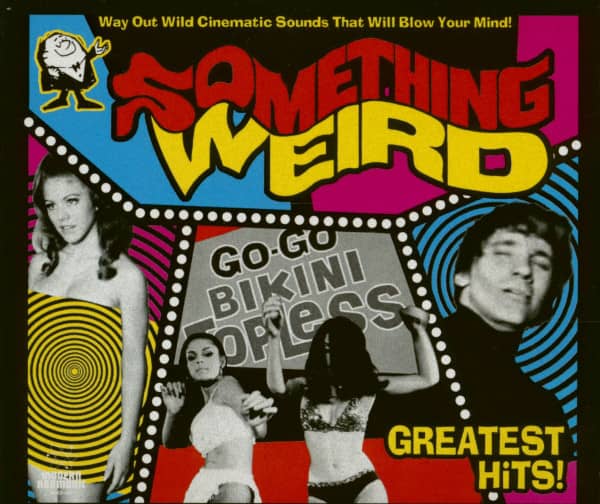 Take an auditory journey through a crazy world full of strange and obscure 'classic' exploitative cinema soundtracks from the 1960s and early 1970s, presented by one of the most popular genre film video companies of all time... Something strange! Two CDs full of curiosities and catchy tunes with great liner sets and track-by-track factoids!

Something Weird Video was founded in 1990 by Mike Vraney in Seattle, Washington. He was inspired by his teenage job as a theater projectionist. His love of obscure films that never made it to video led him to transfer hundreds of old reels to VHS and DVD.

The company specializes in exploitation and exploitation films from the 1930s to the 1970s. Iconic suppliers of Lost and Strange, Something Weird Video, have teamed up with Modern Harmonic to provide you with 2 CDs of the best songs and soundbites from their extensive catalogue of dirt and general grindstone food. Really something strange indeed.
> also available on vinyl 2-LP, cat.no. LPMH8087