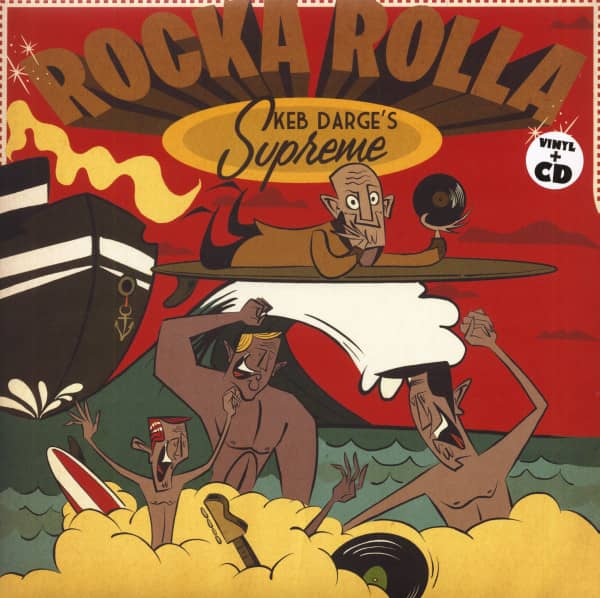 (Jukebox Music Factory) 16 tracks
The current Rocka Rolla series has been masterfully opened by the boss.
For this second installment, El Vidocq hands over to his English friend Keb Darge - who had already made a name for himself in the Jukebox Music Factory catalog with his explosive selection 'The Rockabilly Crown Jewels'.
And Darge, the enthusiast, once again has the opportunity to make a splash.
His brilliant assortment focuses on his favorite '60s music - garage rock and surf.
In this second, less somber volume, we find seminal punk rock anthems ("She Lied" by the Rockin' Ramrods, "Thunder Reef" by the Shindings), but also a few more "boob shakers" (Les De Merle and her "Bulldozer," or "El Scorpion" by The Sherwoods).
A touch of surf to do it all justice (The Road Runners "Quasimoto" and Ahab and The Wailers "Neb's Tune"). Bingo! You've got "Keb Darge's Supreme." Love in abundance and zero flavor flaws!
Play it loud, friends!!!

This product will be released at 21 October 2022