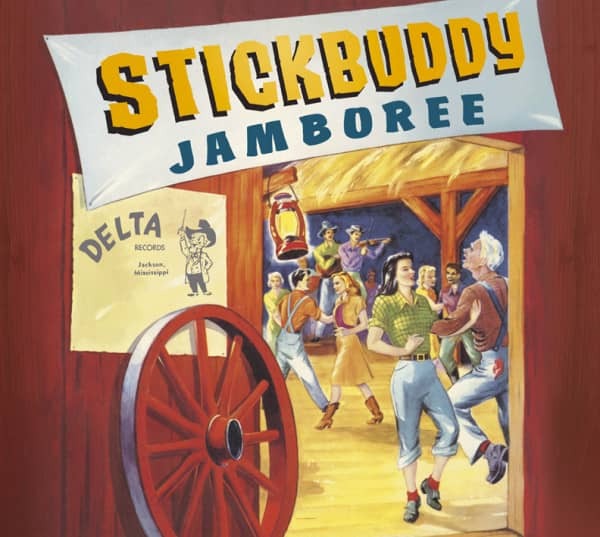 A remarkable first CD reissue of the country music recorded by Delta Records of Jackson, Mississippi! 30 rare and rampant hillbilly, boogie, rockabilly and country sides recorded between 1953 and the late '60s by Jimmie Ammons at his Delta Recording Studio - a converted garage next to a cow pasture! Contains 14 incredibly rare 78 rpm discs from the '50s! Two rare 45s from the '60s! Plus 8 unissued country and rockabilly sides from the '50s! And 6 unissued tracks from the '60s! Features the cream of the local country bands from Jackson, Mississippi including the Mississippi Melody Boys, the Country Cowboys, the Home Towners, Kay Kellum's Dixie Ramblers, and Rick Richardson! Contains a rare first recording by Warner Mack, a rare last recording by Jimmy Swan, and 5 intriguing tracks by unidentified artists! The 52-page booklet by Martin Hawkins contains the first ever retrospective of the career of studio engineer and music promoter Jimmie Ammons, and the artists he issued on his Delta label and other labels! The booklet also contains many previously-unseen photographs!

It often seems like all the hillbilly music that could be reissued, has been. But then along comes this CD chock-full of unissued music from the Delta Recording Studio of Jackson, Mississippi. The exciting thing here is that the music is mostly by little-known performers and 'new' to collectors despite being between fifty and sixty years old. This is really appealing stuff, too, chronicling the country music scene around Jackson in the 1950s and early 1960s. This is an important CD, at last filling a void in the story of Mississippi music and country music in general.

These were recorded by my Dad in his Delta Recording Studio. My dad would let us children hang out in the recording room while the musicians where in the studio playing the music on this CD. Good quality recordings from the old tapes.

Tracklist
Various - Record Label Profiles - Stickbuddy Jamboree (Delta Records) CD 1
01 Tom Cattin'
02 I Don't Care What You Do Anymore
03 Mississippi Boogie
04 I'm The Lonesomest Guy In Town
05 No More Money, No More Honey
06 Is There Peace In Korea
07 How Long Would It Take?
08 Your Cheatin Heart
09 No Price Tag (On Your Kisses)
10 Brave Carol Ann Moses (Of Vicksburg)
11 Don't Flirt With Me In Public (I'm A Married
12 My Good Gal Left Me
13 Hee Ho
14 Negotiating Love
15 Bud's Breakdown (instrumental)
16 A Fool
17 Have You Ever Been Sorry?
18 Down Yonder (instrumental)
19 Sittin Down On It
20 When It Came To True Love
21 Hey Hey Ho Ho
22 I Wanna Play House With You
23 I Wish I Has Someone To Love
24 Get Thee Behind Me Satan
25 Only Believe (And You'll Receive A Crown)
26 Mr And Miseries Used To Be
27 Two Lonely People
28 Accommodatin' Sue
29 Black Horse And Blonde Headed Woman
30 Don't Worry 'Bout The Mule (Load The Wagon)
Funktionale