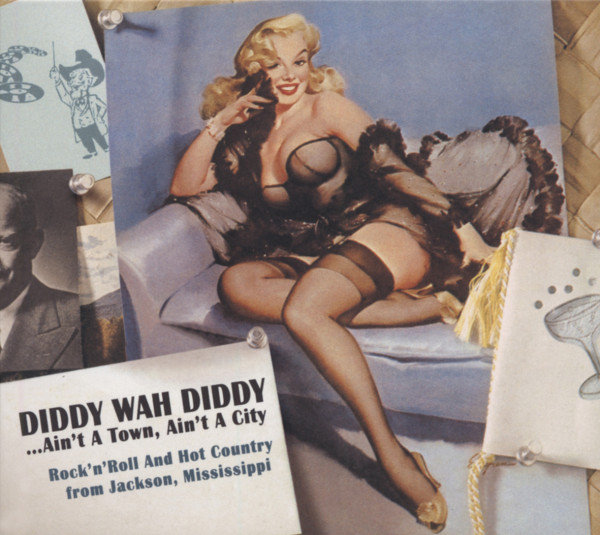 An astonishing first CD reissue of rockabilly and rock 'n' roll music recorded by Delta Records of Jackson, Mississippi! 30 rare and rocking sides recorded between 1957 and the late '60s by Jimmie Ammons at his Delta Recording Studio - a converted garage next to a cow pasture! Every track is previously unissued (unless you count rare custom pressings)! Contains a rare first ever disc by Warner Mack! Plus the first four recordings ever made by Andy Anderson and the Rolling Stones! Features the cream of 1950s Jackson rock 'n' rollers - including Rick Richardson, the Red Counts, Cool Cat Cannon, Alton Lott and many others! The 64-page booklet by Martin Hawkins contains the first ever retrospective of the career of studio engineer and music promoter Jimmie Ammons, and the artists he issued on his Delta label and other labels! The booklet also contains many previously-unseen photographs!

Today - fifty-five years after the emergence of rock 'n' roll and thirty-five years since rockabilly began to be reissued seriously in LP and CD compilations - it seems like pretty much everything that could possibly be issued, has been. But then along comes this CD chock-full of unissued music from the Delta Recording Co. of Jackson, Mississippi. It provides an overview of the rockabilly and rock 'n' roll music recorded at Delta between 1957 and 1964. Very few of these recordings were issued at the time although some were issued as custom pressings to be sold at live shows and others were used as demos to pitch to other record labels. Together, they tell a quality tale of the movement from Sun-style rockabilly to fully fledged rockers and rockaballads, touching later on gospel and folk influences. And the big thing is this: Most of the artists are new names to the reissue scene, and their music is remarkably exciting and worthwhile. This is an important CD, at last filling a void in the story of Mississippi music and rock 'n' roll in general.