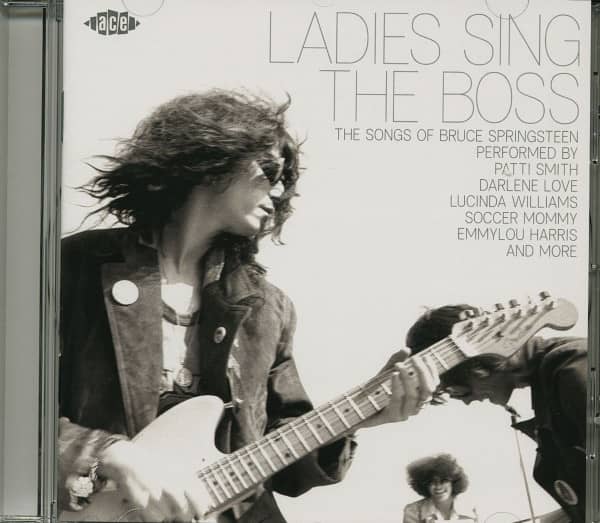 (Ace Records) 19 tracks
In his 2016 autobiography, Born To Run, Bruce Springsteen reveals the essence of his songwriting, "Most of what I write is emotionally autobiographical. I've learned that you have to bring out the things that mean something to you in order for them to mean something to the audience. That's where the proof is. That's how you know you're not kidding."

One of the most prolific songwriters in rock history (with some 340 songs released), he covered a lot of ground, compiling a catalog of albums that saw him deliver stadium rock anthems ("Born In The USA," "The Rising") and then go solo with noir- and character-based long players ("Nebraska," "The Ghost Of Tom Joad").

In the mid-70s, Bruce began to explore where he belonged (or didn't) in his songs. In his autobiography, he writes, "My writing was about identity issues - who am I, who are we, what and where is home, what constitutes manhood, adulthood, what are your freedoms and responsibilities. I was interested in what it meant to be American, a minor participant in current history at a time when the future seemed as blurry and shape-shifting as the thin line on the horizon."

Much of the public perception of Bruce is associated with his masculine persona, singing songs about girls and cars, a hyper-masculine image. What do women have to do with that image? Part of the inspiration for this compilation came from me seeing the female Bruce tribute band She Street Band at the Clapham Grand in 2019, and experiencing how these songs I've known all my life took on a different perspective when seen through the filter of a female protagonist.

The tracks on this collection allow the singer to embrace the essence of the song and claim it for her own. Anna Calvi is the driver of the car in "Fire," it is Moa Holmsten's hand that slides under the woman's skirt in "Highway 29," and Emmylou Harris owns the dreamlike restlessness in "My Father's House" all to herself.