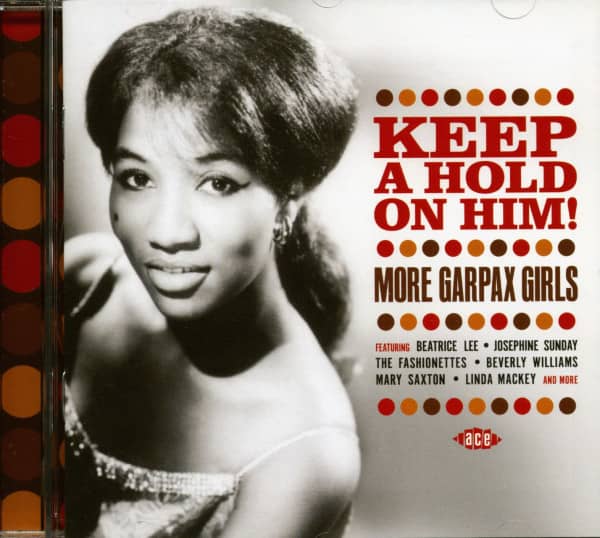 (Ace Records) 24 tracks
“Boy Trouble: Garpax Girls”, issued in 2004, celebrated the productions Gary Paxton concocted for female artists during the mid-1960s. This second instalment mainly focuses on the 1960-1964 era, with a decidedly bluesier slant.
The liner notes feature fresh interviews with many of the artists that paint a fascinating picture of Paxton, who was idolised from afar by many of these young women as he coached them. For most it was their first time in the recording studio, and they all appreciated his guidance.

Several artists featured on “Boy Trouble” return for this sequel. There’s teenaged thrushes Doris Webb and Beverly Williams, hip Latina trio the Rev-Lons (a rare demo recording is included), the Fashionettes with the ebullient ‘Only Love’ and three tracks by Beatrice Lee, a pint-sized powerhouse with an attitude that jumps right out of the speakers. Also present with several items apiece are Bakersfield’s smoky-voiced Linda Mackey and cover starlet Dorothy Berry, “the fine little girl [who] waits for me” referred to in her husband Richard’s rock standard ‘Louie Louie’. Young Canadian Mary Saxton tears down the house with her ‘Losing Control’ and there’s a rare two-sider from the enigmatic Josephine Sunday.

Modern fans of popcorn and new breed R&B will no doubt find several entries to their taste, but for any girl group aficionado there’s much to enjoy, with a large proportion of the tracks being previously unissued.