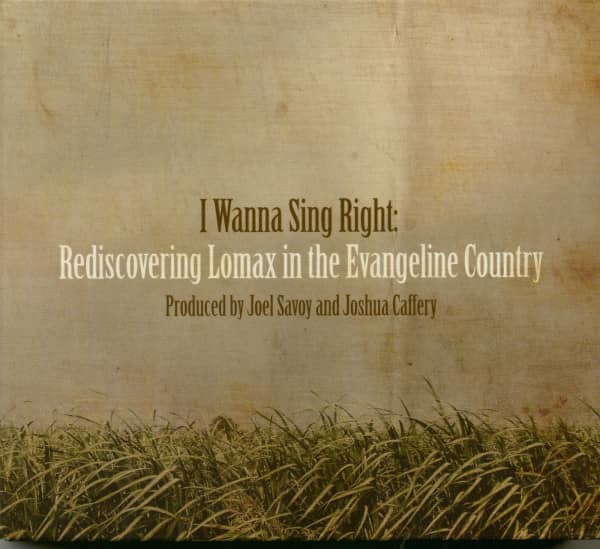 During the last few decades of the twentieth century, it became fashionable in some circles to belittle the work of Alan and John Lomax. As is often the fate of intellectuals who reach beyond academia to a broader public, they were considered somehow suspect, and their work came to be misunderstood, neglected, and often ignored by many scholars who would otherwise be interested in traditional music. Often, the two very diferent people—and very diferent thinkers—were combined into one conglomerate Lomax, a sort of golem that came to symbolize old-fashioned approaches to folk music. To the detriment of the study of American vernacular music, however, misgivings about the Lomaxes and their missions bled over into and contributed to a monumental failure to address the bulk of their extensive collections.

And while many famous performers whose legacies were intertwined with the Lomaxes became icons of American roots music (Lead belly, for instance, or Muddy Waters), the broad scope of even their earliest feld collections largely overwhelmed the assembled academic and archival apparatuses of the twentieth century.In this century, however, things have changed with respect to such collections and to the role of early feld collections in general. Te gears of the old machine have been oiled up, so to speak, and things seem to be getting rolling again. Tere are a number of reasons for this: frst, technology increasingly provides more efcient access to the media they collected. It’s very easy to ignore something silently gathering dust in an archive but substantially more difcult to neglect important cultural performances when they are within swiping distance, particularly when they undermine or enhance inherited ideas about the character of major genres of American music. Second, a century or so after feld recording became feasible, it continues to become increasingly clear that the early era of recorded sound did preserve something extraordinary and evanescent—a moment in human culture (or at least Western culture) before centuries of oral tradition became irrevocably disrupted and in some cases eviscerated.

It should be clear to anyone today that John Lomax wasn’t just being quaint and romantic when fretting about song styles expiring, or that Alan Lomax was sounding an overly shrill alarm about impinging threats to cultural diversity. Songs traditions were submerged. Cultural diversity was damaged. Te Lomaxes were, more often than not, just being realistic, and we can see this with clearer eyes today.Handwringing about the Lomaxes or about the importance of old songs, of course, has never been too much of a concern in southern Louisiana. Perhaps it’s the encroaching, fligreed coast, or the beautiful French still surfacing and disappearing in everyday life—whatever it is, there’s an awareness of the past and candor about the realities of cultural change. In some ways, Louisiana has been a model or at least a test case for how vernacular traditions can adapt and reconstitute themselves using tools of the sort pioneered by John and Alan Lomax. Eighty years after the Lomax trip to the area, for instance, we can see that the songs they recorded have had a major impact on the character and form of Cajun and Creole music. A recent celebration of their work at the 40th Festivals Acadiens et Créoles, which included a concert performance as well as a compact disc of Lomax songs performed at the festival over the years, for instance, made this abundantly clear. In addition to the region’s shared accordion/fddle/guitar music with lyrics in vernacular French, musicians have used the Lomax materials to explore narrative and harmonic pathways that enhance and expand the musical language of the region, or at least keep it broad and fexible. In an area with a cultural aesthetic grounded in reverence for tradition, the Lomax collections and other archival resources help ensure that this tradition remains accessible, irrepressible, and endlessly recombinant.In this collection, we’ve tried to look again at these old felds explored by the Lomaxes and more fully sound the resources they ofer.

By digging into these older genres, there’s an attempt to expand the musical future by enlarging the the musical past and perhaps tweaking our understanding of what is or what might be traditional and native in French Louisiana. As it turns out, of course, what is traditional in French Louisiana isn’t always French, and that’s OK. It’s a big stretch, furthermore, to call many of these songs folk music. Some of the songs recorded and sometimes imagined as ancient Acadian ballads, not just by the Lomaxes, but by the singers themselves, for instance, were actually art songs written for upper crust parlors by French aristocrats. Some were written for comic operas of the eighteenth century.

This box set, therefore, is an eclectic mix of songs from what John Lomax called Evangeline country—in English and French, some hundreds of years old, some new at the time they were recorded. Some were no doubt once sung by peasants in the felds of Acadie, and some in the Protestant churches of Crowley. Whatever the case may be, they’re a reminder that the music of Louisiana’s countryside has and always will keep us guessing.