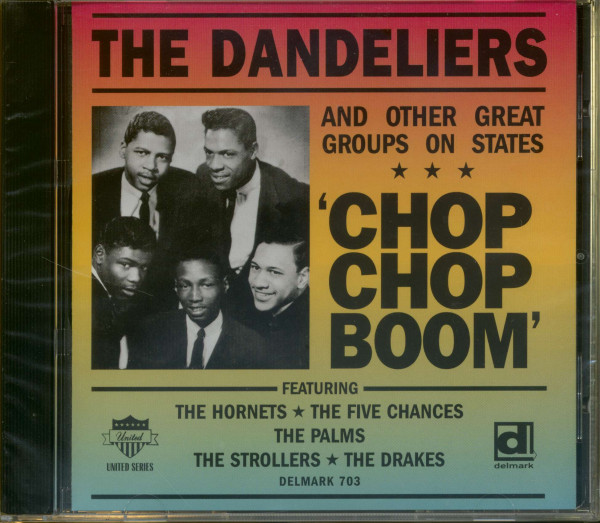 featuring The Hornets, The Five Chances, The Palms, The Strollers & The Drakes

United's doowop catalog includes an impressive wealth of vocal group recordings. Few sold much beyond the confines of Chcago and so many remain rare obscurities. This CD gathers the sides that were issued on the company's States label. The Dandeliers were the most compelling group and the labels most commercially successful as their 'Chop Chop Boom' made the national charts in April '55, peaking at position ten on Billboard's R&B survey. The Hornets became famous in '88 when an original United 45 was sold to a collector for $18,000! ' Lonesome Baby' b/w 'I Can't Believe' can now be had for much less and from the original master tape.

These sides are distinguished not only by their obscurity but also by their quality; United used the best session musicians, recorded at the finest facilities (Universal Recording), got the most talented groups and used great production sense. Contains 24 songs including many previously unissued.