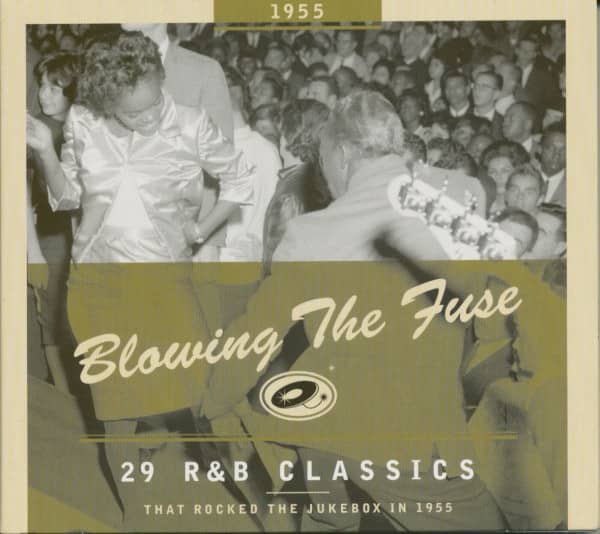 Various - Blowing The Fuse: 1955 - Classics That Rocked The Jukebox

1-CD-album DigiPac (6-sided) with 72-page booklet, 29 tracks, playing time 79:20 minutes.
The annual committee of the German record review awards has awarded the CD series
Nowadays, when journalists talk about '50 years of pop music' they are ignoring the fact that popular music existed prior to 1955. Pop music did not appear from nowhere but has a rich 'pre' history. Keywords like Big Band Sound, Gospel, Jump Blues, Vocal Groups and Boogie Woogie characterize this period. The first eleven compact discs in the 'Blowing The Fuse'-series are a compilation splendid in sound and detail, dealing with important years in the progress of pop music in the range of black r&b, imaginatively compiled by the Canadian collector and DJ Dave 'Daddy Cool' Booth, and knowledgeably annotated by
Hank Williams-biographer Colin Escott.
Berlin, November 19, 2005
THE NEW GOLD STANDARD IN R&B REISSUES IS NOW COMPLETE!
Critics raved. Finally a series that really made sense of the wealth of music from R&B’s early years! Now that series is complete. Here are the years 1956-1960, and here's why 'Blowing The Fuse' will be the standard for R&B reissues now and forever!
YEARS! YEARS! YEARS! Many companies have issued compilations of out-of-copyright recordings (ie. records more than 50 years old). That's why you'll find that their series stop at 1955. Bear Family's 'Blowing The Fuse' starts at the dawn of the Post-War R&B era in 1945, and now goes through until 1960! And, unlike the out-of-copyright labels who won't get to 1960 until 2011, we're there now because Bear Family pays the companies that own the music

PACKAGING! PACKAGING! PACKAGING! Other labels lift photos from old books and magazines, and commission quickie liner notes that tell you little or nothing, and often get it wrong. Bear Family's 'Blowing The Fuse' has detailed song-by-song notes, stories behind the songs, and incredible never-before-seen photos in huge booklets ... booklets so big they won't even fit inside the standard plastic case. Instead, they go in specially designed DigiPacs.
COMPILATIONS! COMPILATIONS! COMPILATIONS! Most out-of-copyright labels do their compilations from chart books compiled by Joel Whitburn. Compiling from Whitburn is the easy way out. We hired
Dave 'Daddy Cool' Booth, a guy with one of North America’s biggest R&B collections and the dee-jay experience to know how to program music. He went through his incredible collection and then he went through 'Billboard' year-by-year, and picked out more than just the hits. We selected the absolute best music, some of it never reissued on CD until now, as well as the biggest hits, and we have no more than two songs by any artist on any CD. These are true, properly thought-out compilations in the spirit of Guy Stevens, Paul Oliver, Mike Leadbitter, and the others who compiled groundbreaking blues/R&B LPs back in the 1960s and 1970s.

SOUND! SOUND! SOUND! We used the absolute best sources from the original labels, then carefully remastered for the absolute best-ever sound.
Beware! These will cost a little more than some of the out-of-copyright reissues, but they'll be worth it.
If you're sick of R&B reissues that look and sound like a 'Proper' mess, then go for the best. And you won't have to wait until 2011 to get the complete story of R&B's golden years!

R&B Classics That Rocked The Jukebox

This series is designed to reflect the best and the most influential R&B from sixteen tumultuous years. Those years, 1945-1960, saw R&B emerge from a minority interest music, still largely ghettoized, to a music that shaped the way all popular music sounded.

Every compilation is in rough chronological order, although strict sequencing by recording date is hard if not impossible because some of the dates are unknown. I attempted to adhere to a policy of one song per artist per year, although I had to break that rule for several artists, such as Louis Jordan and Fats Domino. Pop-slanted R&B artists like Billy Eckstine and Tommy Edwards as well as blues and doo wop groups are not featured prominently because of time constraints. Songs that were double- sided hits or 'Part 1' and 'Part 2' are usually represented by just one side for the same reason. In some of the later volumes, licensing restrictions meant that it was not always possible to obtain the rights to every song we would have liked to use.

I would like to acknowledge the pioneering research of Galen Gart's 'First Pressings,' Big Al Pavlow's 'R&B Book,' Joel Whitburn's 'Top R&B Singles,' Jonas Bernholm's reissues, and the files of 'Billboard' magazine, without which these compilations would have been impossible. 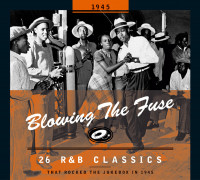 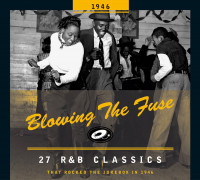 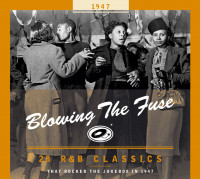 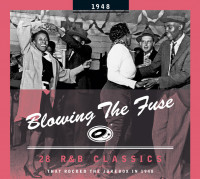