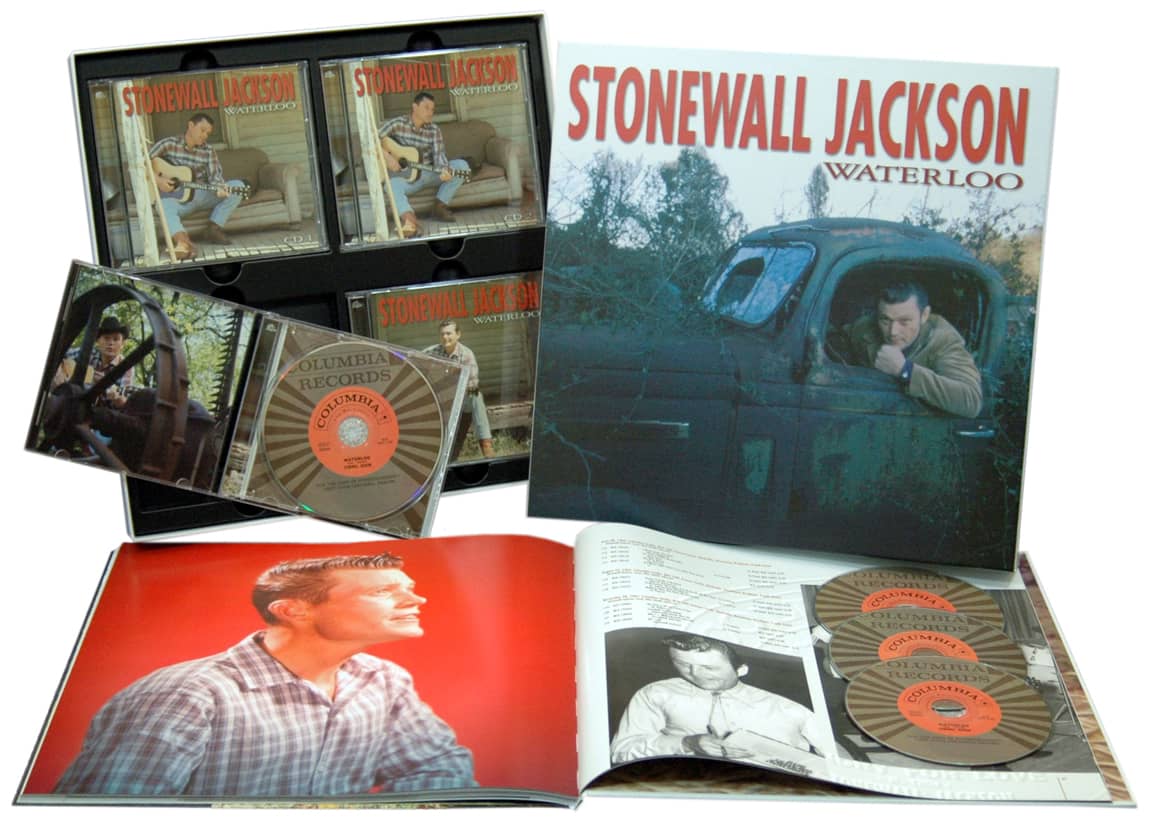 Five years after Stonewall Jackson the Confederate general died, Horatio Alger published his first novel. Alger's name alone conjures up a story like the one our Stonewall Jackson will tell us. Alger became a cliché, but like many clichés, he bore a message that the country needed to hear, and he was wildly popular in his day. His plotlines were similar if not identical: a teenage boy from a poor and disadvantaged family would overcome numerous obstacles to triumph and build his own American Dream. Alger believed passionately in the American Dream, and actually helped forge and define it. The story of our Stonewall Jackson is every bit a Horatio Alger story, and he is both voluble and guarded in telling it. There are some subjects that remain off limits; some stories that won't be told. Like a seasoned politician, Stonewall will often answer his own unasked question when the line of questioning approaches a subject he doesn't want to address.

Thirty miles outside Tabor City, North Carolina, in the settlement of Emerson there was an engineer on a logging train named David Waymond Jackson, and in 1932 he died of complications from a hernia several weeks before his third son was born. Waymond reckoned that he was related to General Stonewall Jackson and told his wife, Lula Lorene Turner Jackson, that he wanted to name the child 'Stonewall' if it was a boy. And so the boy child born on November 6, 1932 was named Stonewall Jackson. Lula, who was born in Sale City, Georgia, on June 26, 1910, already had two children, Marvin and Waymond, Jr., by the time she was widowed at age twenty-two. And then there were three. Lula was half Seminole, and had a hard time finding work after Waymond died. She married a cotton mill worker named James Leviner, who was two years older than her. Stonewall has nothing good to say about Leviner. "I've seen people on TV and heard them on the radio talking about how much they loved their step-parents,"  he wrote later, "but we didn't luck out that way. We couldn't have gotten a worse one." When Leviner drank, he became vengeful and mean, and vented his meanness upon Stonewall more than he vented it upon Lula's other children or upon the children that he had with Lula. "She had, I dunno, four or five with him, the new guy," says Stonewall (her obituary mentioned five living children she'd had with Leviner, and another two who'd predeceased her). 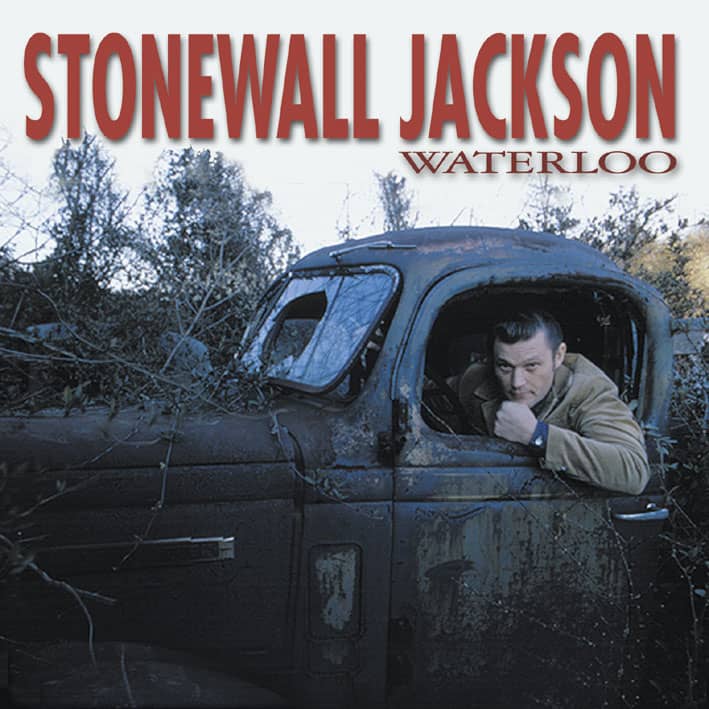 Stonewall's first memory of Leviner is of him becoming angry when he was working on an automobile. He took a crowbar and began demolishing it. Stonewall was sitting close by, and Leviner came over, picked him up, and threw him against a rock. "I saw my momma standing in the window of that old house," says Stonewall, "and I'll never forget the look on her face. She left him over that." Stonewall laughs bitterly about it now. "If they ever make a movie about me,"  he says, "they'll have a problem finding a kid that'll play that part."  Lula and the kids hitchhiked to Meggs, Georgia to stay with Waymond's brother, Monroe. They were there all through the Summer and into the Fall, but then Leviner showed up with his brother. "They were shooting their pistols, throwing whiskey bottles and beer bottles up in the air and shooting at them. They were laughing and jumping around and really having a drunken brawl."

Leviner persuaded Lula to take him back, but they stayed in Georgia. Stonewall worked as a waterboy on a small patch of tobacco and cotton that Leviner farmed, but the beatings continued. The kids worked before and after school, and rarely went to town. Wade and Marvin left home as soon as they could, but Stonewall, being the youngest, stayed on. "I became his main attention,"  he says. "He'd walk by me and slap me. I believe the man actually hated me if you can hate a child."  He became aggrieved that his mother would always believe Leviner over him, and would never take up for him. On one occasion, Stonewall insists that Leviner beat him and left him for dead, but he's hard pressed to say why Leviner would pick on him as he did. "He had a problem with what they call anger management these days,"  he says. And he can't account for what his mother saw in Leviner. "He was a tall, blond good-lookin' guy," he says. "He looked kinda like my real dad."

Stonewall began writing poetry in the seventh grade, and took his poems to school. "I got all the bad attention at home,"  he says, "But I'd take these poems to the teacher and she'd read 'em and she'd say, 'Well, that's good, Stoney.' She'd read 'em to the class and the class would applaud. So I kept trying to outdo myself. My songs just grew out of my poems. I really came to like Hank Williams because his songs are so good and so simple. They tell one thing, and they tell it in a hurry. Some older guys would lend me their guitars and show me some chord positions. It got so I could play several chords without knowing what they were. I finally traded a bicycle for a guitar. If I got a spare nickel, I'd go down the poolroom and play a Hank Williams or Eddy Arnold record. I mimicked Eddy, and now we're neighbors, but any writing I've been able to do down through the years is kinda because of Hank. I never saw Hank, but my brother-in-law growed up here in Nashville, and he used to park Hank's car. I tell him, 'I got a hell of a lot more respect for you now…now I know you parked Hank Williams' car.'"

On one occasion, Stonewall's brother, Wade, came back for a visit, and they wrote a song, Don't Be Angry. Stonewall would have been around thirteen at the time; in other words, very young to write a song like Don't Be Angry. And it could be that Stonewall and Wade didn't write very much of it; in 1870, W. L. Gardner and Hart Pease Danks wrote a ballad for the original Christy Minstrels called Don't Be Angry With Me Darling, which sounds as if it could be the basis for Stonewall and Wade's song. It was recorded once in 1933 by LeRoy Anderson (The Red Headed Brierhopper).

Soon after writing as much as he'd written of Don't Be Angry, Stonewall left home. He and another boy had found seven or eight dollars in coins stashed under the house, and they split it. Stonewall hit the road on the proceeds. He headed south toward Monticello, Florida, walking the back roads for three or four days, sleeping in hedgerows, and hitchhiking occasionally. From there, Stonewall decided to head back toward his grandparents' place in North Carolina. He was picked up for vagrancy in Atlanta, and told his story to the police and the Red Cross, who gave him a Greyhound ticket to Emerson, North Carolina. His father's mother had remarried a man named Duncan, who was, says Stonewall, "a real quiet man, but one of the best people I've ever had the pleasure of knowing. He never treated me no less after I got up there than if I was his own child. I thought a lot of that old fella, and I still do. My grandmother was one of the best influences I've ever had in my life."  Grandfather Duncan raised tobacco, potatoes, and corn, and Stonewall worked on the farm, hired out to other farms, and occasionally went back to Georgia to pick peanuts on his uncle's farm. Two years passed that way, and they were, Stonewall says, mostly happy years...

Stonewall Jackson is the epitome of hard drivin', pure honky tonk. Feisty, heartfelt and down-home tunes delivered from behind a plow or the bottom of a beer glass. From the late 1950s through the 1960s Stonewall cut a vast catalogue of...
$21.31
Stonewall Jackson: The Lonesome In Me (CD) Art-Nr.: CDOMNI145