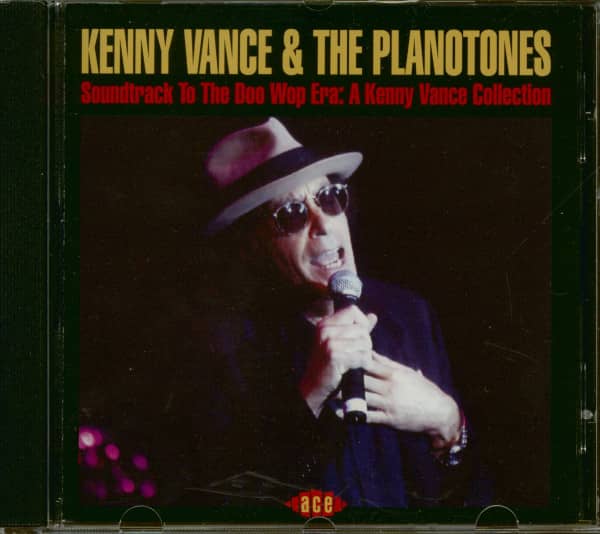 Kenny Vance emerged from a little known group, the Harbor Lites, who recorded four sides for the Jaro and Mala labels. Through their manager, Jim Gribble, Kenny and fellow Harbor Lite Sandy Yaguda met John Traynor along with Howie Kane, and the group Jay & the Americans was formed around 1959/early 1960. They signed with Leiber & Stoller and for the next 11 years recorded numerous 45s and 15 albums for the United Artists label (with Jay Black replacing J Traynor after the song She Cried).

Kenny would eventually go into producing (Steely Dan) and recording the soundtracks for many movies, including American Hot Wax, Eddie & the Cruisers 1 & 2, Hairspray, Animal House and recently Looking For An Echo. He is also responsible for jump-starting the careers of Donald Fagen and Walter Becker (Steely Dan).

It was in 1975 when Kenny first recorded Looking For An Echo. This song today, much like Gloria and My Juanita, is recorded by every a cappella group everywhere.

In 1992 Kenny formed the Planotones, a group first heard in the movie American Hot Wax.

Kenny has brought his unique style and interpretation of favourite songs that we remember from the late 50s to early 60s to disc, time and time again. His ability to hit the high notes and his easy-going personality has made him a favourite among all the oldie fans across the United States. He has already left his indelible mark on the modern pop music scene.

Here is a chance for the British collector and the rest of the overseas collectors market to be introduced to this fine talent. When you bring Kenny Vance into your car and home, you won’t want the music to end. Sometimes he has told me “I just don’t get it”, but his fans do.

Come meet Kenny Vance and the Planotones and take a vocal ride through the atmosphere where some of Kenny’s notes are still floating.