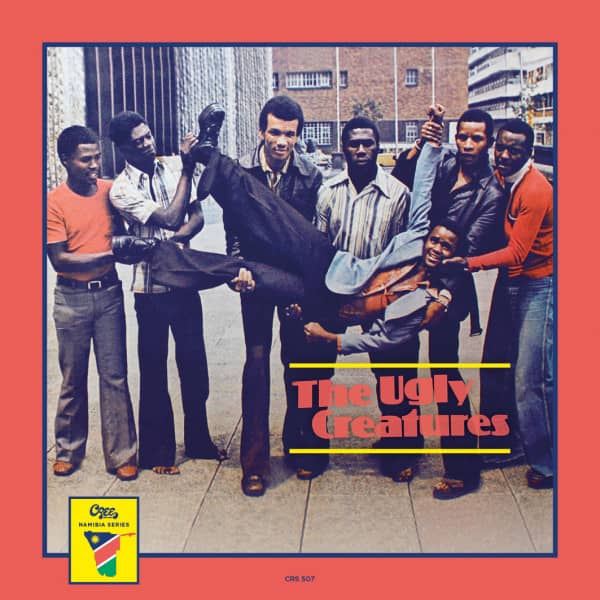 The Ugly Creatures (by Baby Doeseb)

By mid 70's the Ugly Creatures had garnered a well-deserved reputation as the premier local band. By then the Band formation was changed, more founding members gave way to styled players and the Ugly Creatures sound was born featuring Axali Doeseb, Baby Doeseb, Elvis Afrikaner, Jefta !Noabeb, Nicro !Hoabeb, Joni Adams and Jomo !Haoseb. The band started to work on their own compositions and three albums, Generation, !Nosa !Keis (Gospel) and The Ugly Creatures were released. Axali Doeseb and Joni Adams were the main songwriters for the group and at a later stage, Baby Doesebalso added his talent. Some tracks were topping the local top 20 programs on black radio stations. Tracks like "//Khowa am dao-amte"(Creatures) and "Eyes of ice"(Generation) were banned from the local stations. Top hits such as Shirley, Creatures of the Earth, Not Tonight, Sas xa ≠aihase, Friends of Mine, Give your Heart and !Erere had the longest standing on the local radio stations, out lasting imports. The lack of a Recording company and music promoters, together with the inexperience of the band members themselves, contributed towards the band not earning much from their recordings Their songs may have been popular but record sales were not.

In the late 70's, the Late Thlabanello and Tjongarero took the Band under their wings as the SWAPO Party band. The playing field was broadened, more gigs and more appearances at the SWAPO Party Rallies; the result was the "Peoples Band", but the name Ugly Creatures remained with the band throughout though. This combination also cost the band dearly. Being an up-front Band for a banned political party led to a stand-off with the South African rulers and their dreams of reaching out internationally were dash. No band never would been awarded a passport to leave the country. Over the years some members left for further education, some got job transfers outside Windhoek, some died, etc. and the distinct style, performance, sophisticated sound known and appreciated by the Namibians started to decline.