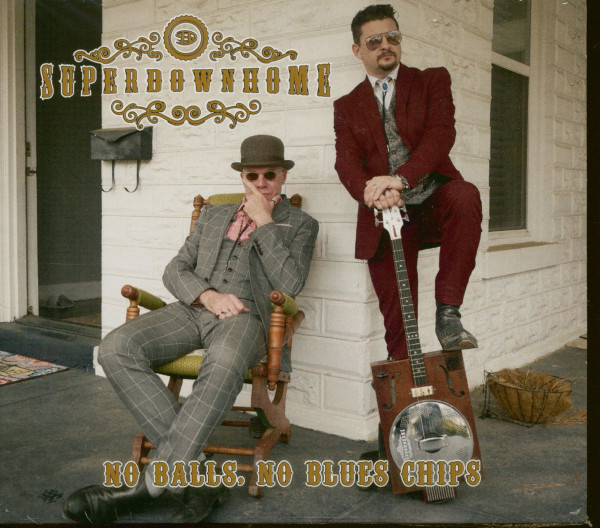 Superdownhome are a duo formed in June 2016. The two decided to start a project linked to the traditions of rural blues, but also projected towards personal spaces contaminated by rock'n'roll, country, folk and punk.
Superdownhome draw inspiration from artists such as Seasick Steve and Scott H. Biram.

In Germany, they appeared most notably in November 2019 as the opening act for Popa Chubby, who also collaborated on two tracks for their album "Twenty-Four Days" (2017). In addition, Popa produced the 2019 released "Get My Demons Straight", feat. Charlie Musselwhite on harmonica and Popa Chubby himself on electric guitar on two tracks, while the mastering was done by Brian Lucey (The Black Keys - Liam Gallagher).