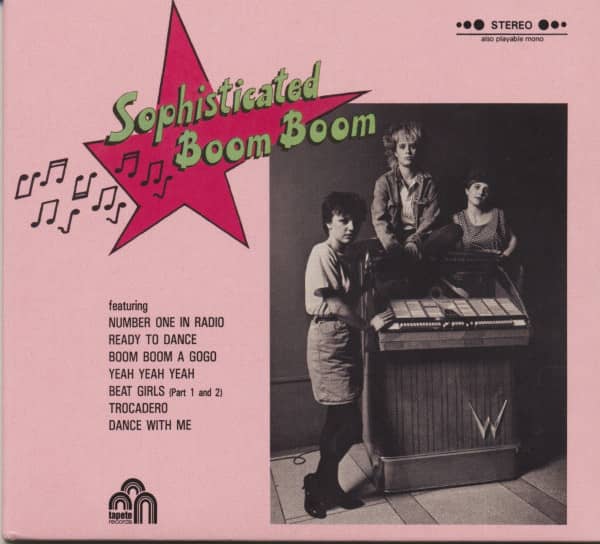 (Tapete) 14 tracks, digipack
The first and only album
When a band names itself after Sophisticated Boom Boom from the Shangri-Las, that's quite an announcement. Or rather a promise. And Sophisticated Boom Boom keep this promise on their only self-titled album from 1982, which was released at that time on Off Course Records, the label of Grauzone and Stephan Eicher.

Sophisticated Boom Boom transported the Brill Building/Red Bird/Girl Group sound from the sixties into the new wave year of 1982. If the 14 original compositions didn't lack punk wit, however, the band fell gloriously out of time in the jagged, slightly gloomy early eighties. Their sound might have been too cheerful, too bubblegum and too life-affirming, and that's probably why they called it quits after just one album.

Today, the Swiss band is little known. But that should change with this reissue, because songs like Frustration, Jimmy Jimmy, Trocadero or Train To Boyscamp are timeless pop hits, danceable and full of teenage exuberance. By the way, after the end of Sophisticated Boom Boom, the no less great C86/Power Pop band Chin Chin emerged from the ashes of the band, who released a compilation on Stephen Pastel's 53rd & 3rd label.