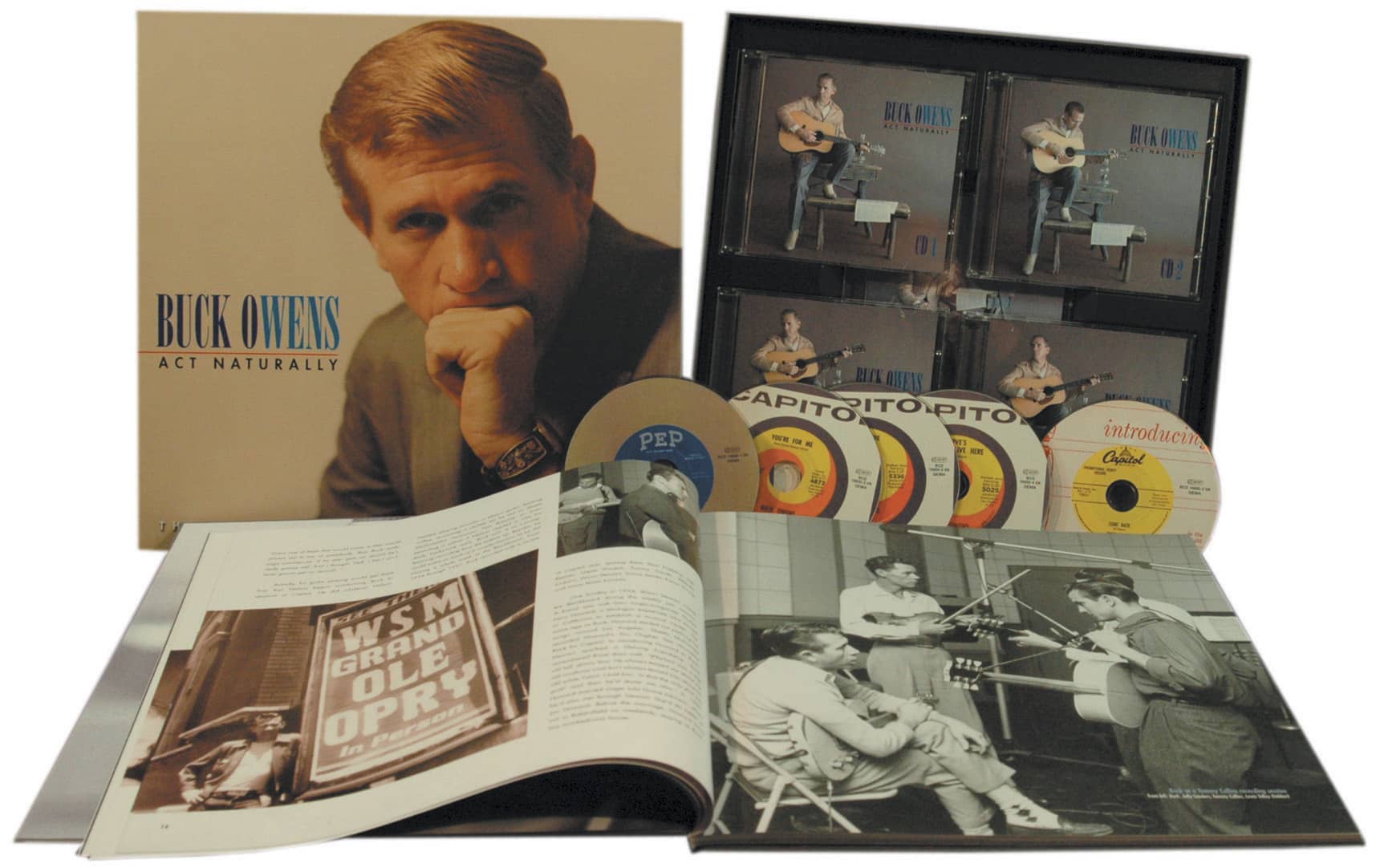 Filter
1 of 3
No results were found for the filter!
Hint!
Buck Owens & The Buckaroos: A Merry Hee Haw Christmas (CD) Art-Nr.: CDOV403

(Magnum Music) 17 tracks The seventeen tracks on this album contain an outstanding collection of material from a great artist, characteristic of both his style and a great interpreter who has made a great contribution to country music.
$29.63
Song preview
Buck Owens: Country Music (LP) Art-Nr.: LPSTW114

(2016/Omnivore) 56 tracks. There is no denying Buck Owens is a legend. From his presence on the radio to jukeboxes to turntables to television, the "Bakersfield Sound" has become part of American music's fabric. For the first time,...
$35.56
more details
Buck Owens: Sings Harlan Howard (CD Japan) Art-Nr.: CDTOCP6652