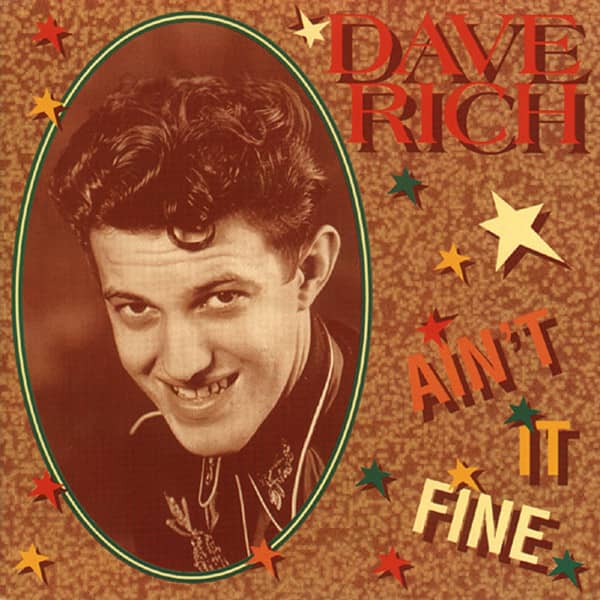 Today he's a high profile evangelist, but in 1955 he was a young country singer with an astonishing range. Dave Rich was one of the great, undiscovered talents in country music when rock 'n' roll erupted. He could have made it as a rock 'n' roller too. The songs were great, and Dave Rich could rock as convincingly as he could sing country. Here are all 28 RCA recordings from 1955 to 1959 including Rosie Let's Get Cozy, School Blues, and Burn On Love Fire. The highlights, though, are City Lights, recorded several months before Ray Price's version, and Lonely Street, recorded years before Andy Williams' hit version, and perhaps the most powerful version ever. Check out that voice! (Promotion Text Bear Family Records 1994) 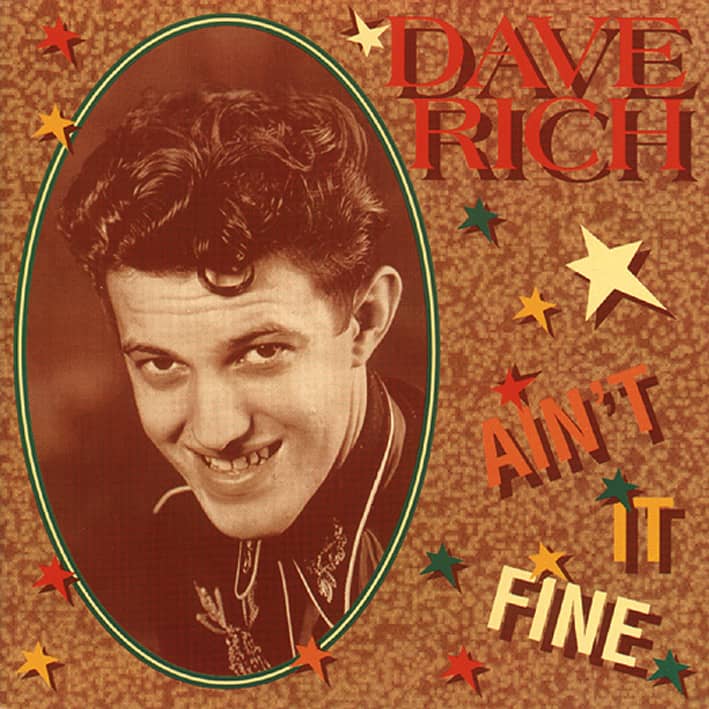 RCA's A&R chief, Chet Atkins, had high hopes of breaking Dave Rich in the teen sweeps, and Red Sweater might have done it had events not conspired otherwise. Rich was from Kentucky, born in Briar Creek on February 3, 1936. He got into the music business circa 1950 singing with his brother Spider's band, the Bar-X Cowboys. Spider (aka James Rich) became a Nashville session man, and can be heard on our Boots Randolph cut, Percolator (he later wrote Yakety Sax for Randolph). Dave cut his first record with the Bar-X Cowboys, then traveled the country with the band until he fell ill. "Up to then," he said, "I got so many turndowns because people said I sounded like this guy or that guy." He set about refining his own style. "I was different," he says. "I did all kinds of tricks with my voice. I'd slide, pump, and go real high. I had a real range." Spider was already in Nashville, and Chet Atkins (who covered Yakety Sax as Yakety Axe) was hearing about Spider's brother, Dave. Chet auditioned Dave, signing him in September 1955. When rock 'n' roll exploded, Dave Rich changed gears. His pop records, like Red Sweater, could well have made a big splash, but by 1959 Rich had decided to go into the ministry. "My mind was made up," he says. "The other musicians were out partying, and I'd be praying, seeking the Lord. Probably in the next six months I would have had a big one, but I finally got to the place where it didn't make any difference if had I million-seller the day I stopped." Check out our CD 'Ain't It Fine' (BCD 15763)