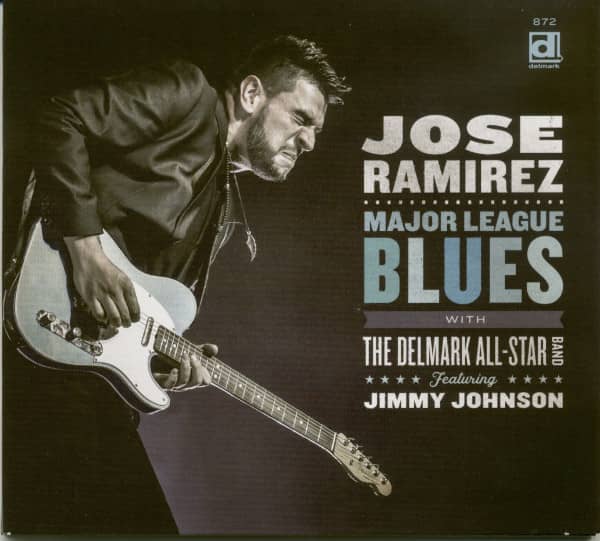 (Delmark) 9 tracks
At 34 years old, blues artist Jose Ramirez has played with some of the biggest names in the blues industry. These artists include Buddy Guy, Anson Funderburgh, Janiva Magness, Mark Hummel, Bryan Lee and Mike Wheeler, to name a few. Jose is also the first Latin American Blues artist to sign with Delmark.

During the historical sessions that took place in the summer of 2021 at Delmark Records Riverside Studio, Jose received blessings from 93-year-old Jimmy Johnson and 90-year-old Bob Stroger, two of the most well-respected elders of the blues world. Those sessions with the Delmark All-Star Band confirmed that Jose is a 100% Major League Blues player. Witnesses of this session were moved to tears listening to the young Costa Rican trading electrifying phrases with the one and only Jimmy Johnson.