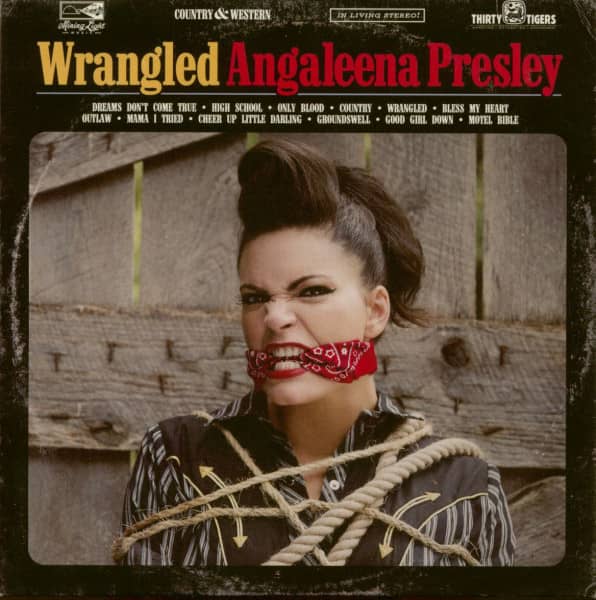 (2017/ThirtyTigers/Mining Light) 12 tracks (47:15) digisleeve including all lyrics.
-
Angaleena Presley follows her critically acclaimed 2015 debut, American Middle Class, with the no-holds-barred 12-track collection Wrangled. Angaleena's ambitious and riveting songwriting punches through each of the co-written tracks. Once again she took a lead chair at the studio's board, co-producing with Oran Thornton (Eric Church, David Nail) and recording close to home at famed "Ronnie's Place" in Nashville. One of the album's many highlights is "Cheer Up Little Darling" - which Angaleena co-wrote with her dear friend Guy Clark. This is the last song completed by Guy before his death and features Shawn Camp playing Guy's No. 10 guitar, which was used to write the song with Guy, and Guy's mandola, which he had been learning to play during the last year of his life. Another spotlight track is "Dreams Don't Come True," written with Pistol Annie sisters, Miranda Lambert and Ashley Monroe. "Only Blood" was written with fellow East Kentuckian, Chris Stapleton and features Morgane Stapleton's unmistakable vocals, while "Good Girl Down" yielded unforgettable moments with the legendary Wanda Jackson.