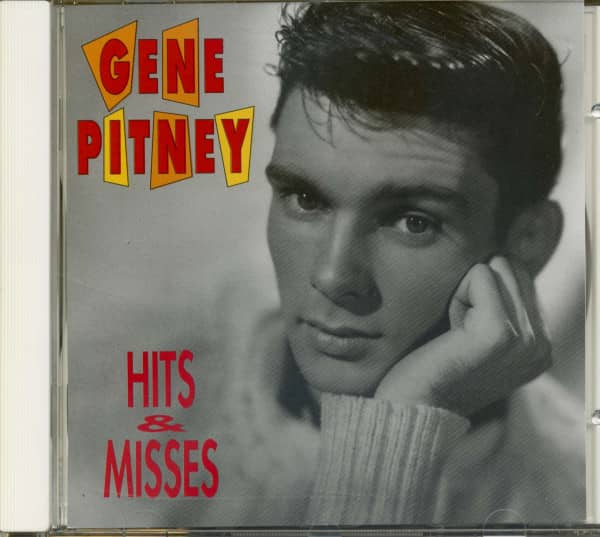 Here's a unique collection that every Gene Pitney fan will want. Not only are some of Gene's greatest hits here, such as The Man Who Shot Liberty Valance, 24 Hours From Tulsa, and Town Without Pity but this set also includes his ultra-rare early recordings for Decca in 1959, including his Jamie & Jane duets, as well as his German language recording of Town Without Pity from 1962, plus his own renditions of
Hello Mary Lou, and Today's Teardrops, and some early unreleased demo's with The Embers from 1958.

Name the major white male pop singers of the early Sixties and a succession of images comes to mind: Elvis, with his hip-shaking sensuality; Roy Orbison, with his dark glasses giving him an air of mystery; Neil Sedaka, with his superclean boy-next-door looks and attitude; Gene Pitney, with his...
Perhaps the most striking thing about Gene Pitney's image is that he never had one. To be sure, he is blessed with natural charisma and classic good
looks, but his reputation is built entirely around his voice, his songs, and the intense emotional impact that both of them have on listeners around the world. The songs on this collection, as its title suggests, include not only the biggest hits of Pitney's early years, but also his most important misses, including several 'prehistoric' efforts which contain nascent stirrings of what would become his trademark sound.
Gene Francis Allan Pitney was born on February 17, 19441, and grew up in Rockville, Connecticut. His family loved music, and music was always present in his house. Especially talented in that area was his mother, who played piano by ear and was a world-class whistler. Although Pitney studied music at parochial school and sang in the church choir, he never intended to become a performer. As he later related to Spencer Leigh in the liner notes for his See For Miles disk 'The EP Collection', "I was pretty much a loner, and if you had told me that I was going to end up singing to millions of people, you would have seen the dust as I was running down the road away from you."
Interviewed today, Pitney elaborates on his youthful shyness: "When I was a kid, I used to sit out on the front porch with a copy of 'Hit Parader', the magazine that printed the lyrics of the hits of the day, and I used to sit there and sing, just in my natural tenor. I later found out that people used to sit outside and listen. I didn't know it, because they wouldn't let themselves be seen. If I had known it, that would have been the end of it - I would have been gone!"
By the time Pitney entered adolescence, in the early 1950s, he was hooked on pop radio. "When I really started loving music," he recalls, "was when the black groups came about in the Fifties with what I think was the fusion of R&B with country that made the original rock and roll. It was groups like the Flamingoes, the Orioles, the Spaniels, and the Penguins.
"Being in Connecticut meant that my radio listening choices were very limited. To hear these black groups, I had to tune in to George 'Hound Dog' Lorenz on KBW, the station up in
Buffalo, New York. He was the original guy who played all that stuff. On a night that wasn't a good night for radio reception, the station would fade in and out - have to sit there turning the dial."
It wasn't until Gene entered highschool that he began to toy with the idea of performing. He bought a guitar, took some lessons, and formed a band, Gene Pitney and the Genials, who performed at local record hops. In late 1958, a local manager named Martin Kugell spotted Gene at a Genials gig and offered them to get him a recor-ding deal. Young Pitney took the bait, although it meant leaving the Genials. He had recorded once before, some demos on which he was backed by local doo-wop group the Embers, but this was his first opportunity to make a commercial release.
Kugell was connected with another manager who had a sixteen-year-old female singer named Ginny Mazarro. Since duos were popular at the time, the two managers paired Gene with Ginny, dubbed them 'Jamie & Jane', and quickly swung a singles deal with Decca.
BILLY BRYAN
Exclusively on Blaze Records 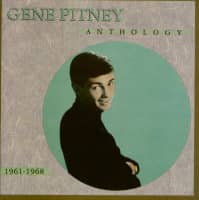 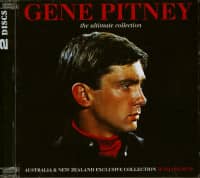 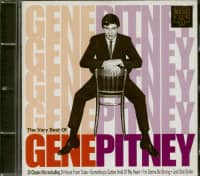 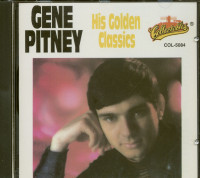