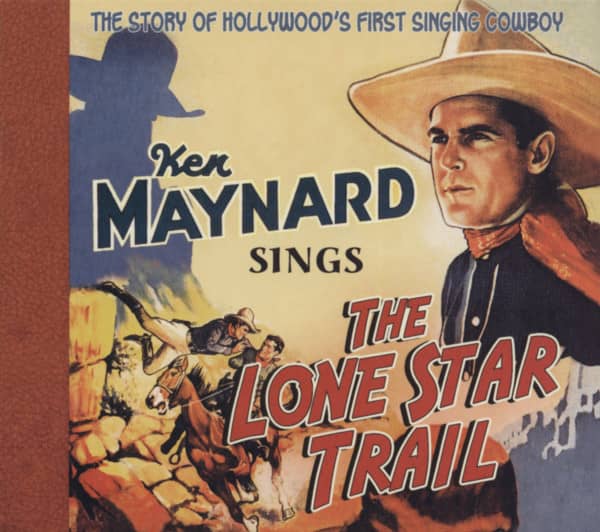 In this CD, you get to hear all eight tracks recorded by Ken Maynard - Hollywood's First Singing Cowboy - in his single professional recording session for Columbia in 1930. And you get to see dozens of photos and illustrations, including many never-seen-before photos from Ken Maynard's personal archive. And you get to read an 80-page booklet recounting Ken Maynard's life and times as a musician, Western film star, cowboy, circus rider and Wild West showman.

This collection represents the entire recorded output of Ken Maynard, Hollywood's First Singing Cowboy. By the time he warbled The Lone Star Trail in Universal's 'The Wagon Master' in 1929, Ken Maynard had starred in over thirty Western films, ridden in rodeos and cowboy competitions across the country, and performed as a rider and roper with the likes of the Ringling Brothers, Pawnee Bill and Buffalo Bill Cody. 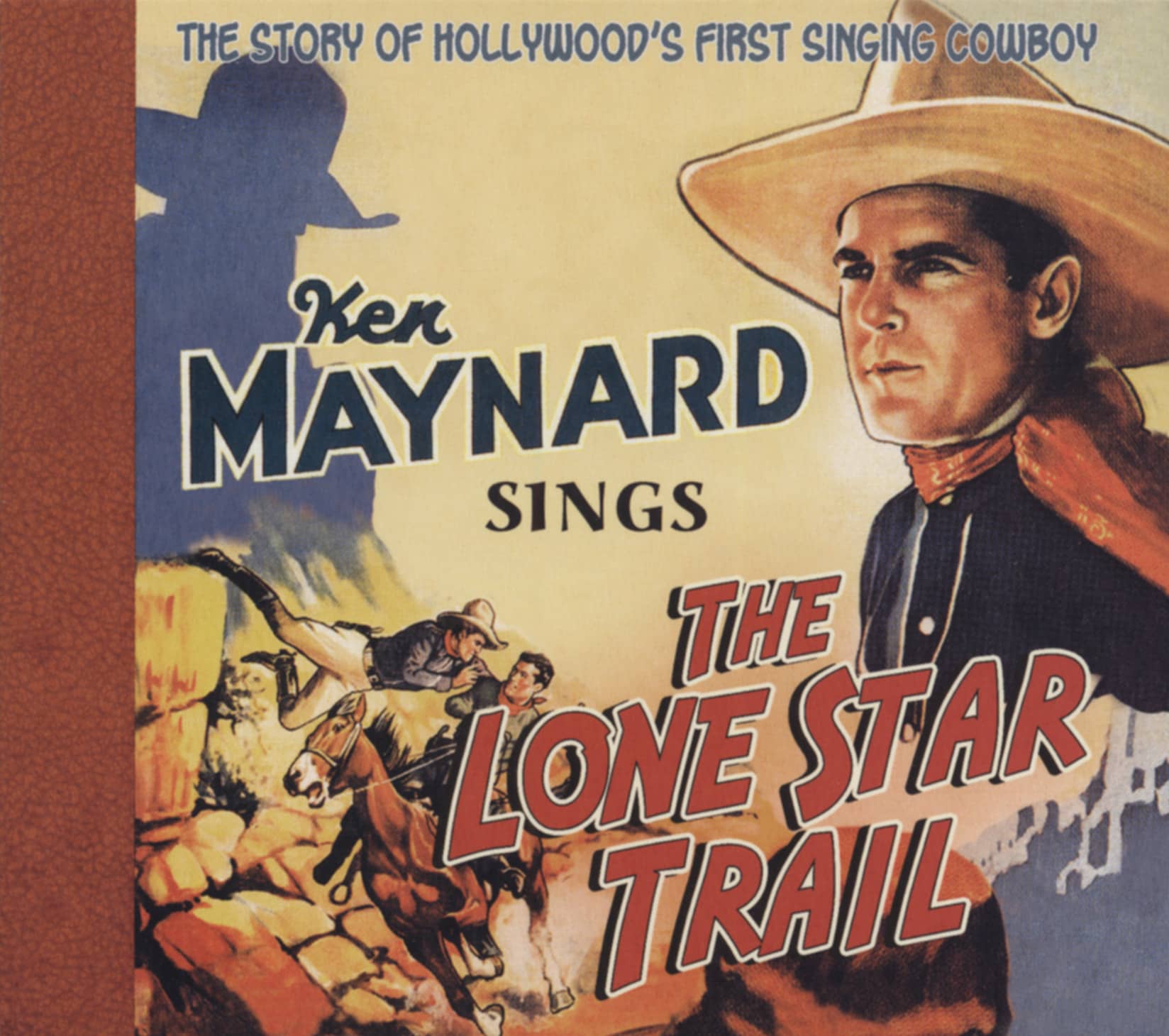 The following spring, on April 14, 1930, Maynard accompanied himself on guitar during his only professional recording session, producing eight sides in Columbia's Hollywood studios. Only one record was released – Columbia 2310-D – billing Maynard as 'The American Boy's Favorite Cowboy,' and featuring, along with The Lone Star Trail, another Western staple from the John Lomax songbook, The Cowboy's Lament. The record was not a commercial success, but over time these two modest sides made their mark, with Trailfinding its way onto the iconic collection, the 'Anthology Of American Folk Music' in 1952, where editor Harry Smith deemed "this passionate description of life" to be "one of the very few recordings of authentic 'cowboy' singing." 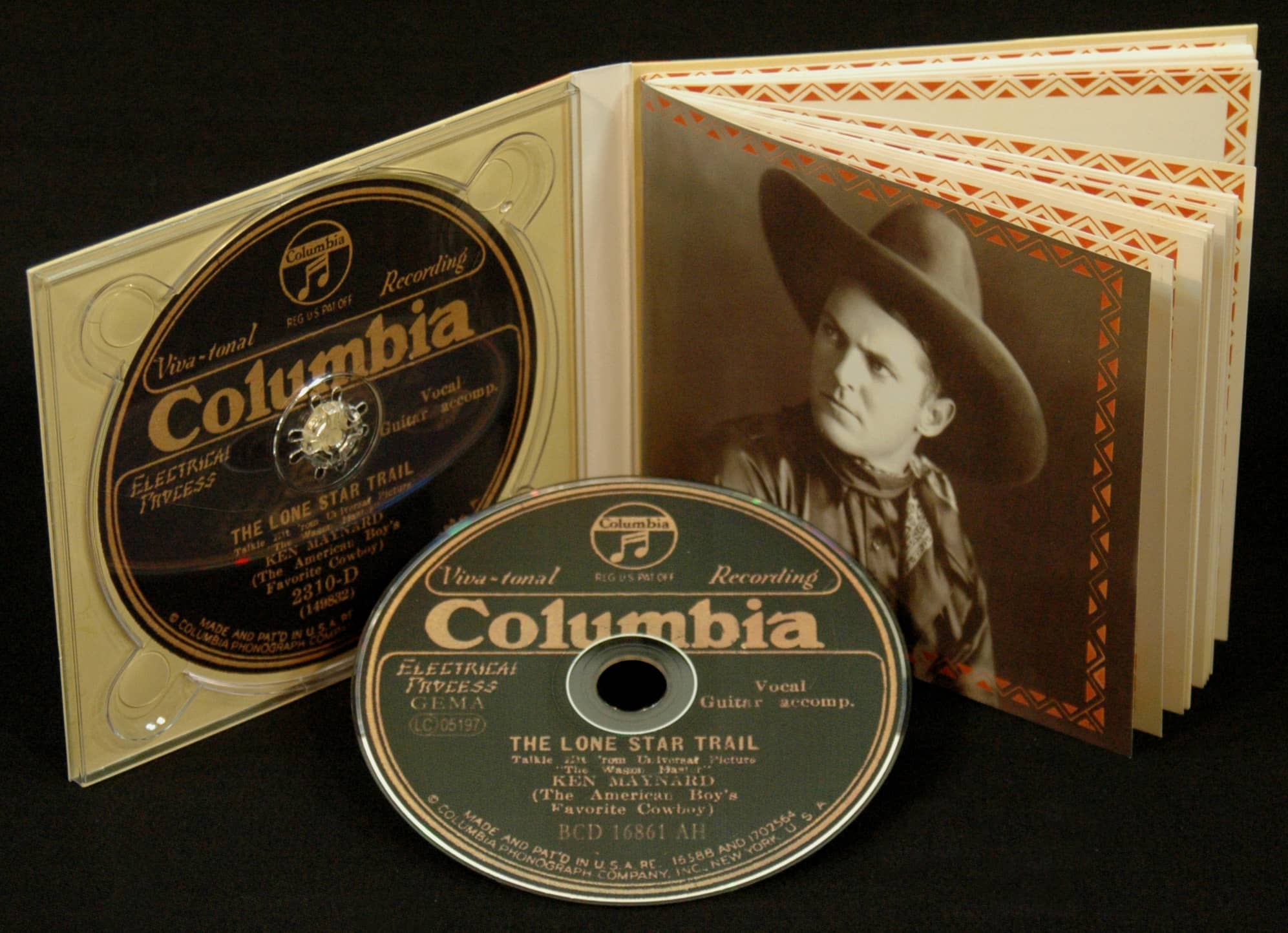