Please inform me as soon as the product is available again.
$8.54 *

When Eric Clapton left the Yardbirds in the wake of their 1965 breakthrough hit For Your Love for going too pop, he quickly gravitated to the godfather of the British blues scene, John Mayall, and his Bluesbreakers.

Born November 29, 1933 in Macclesfield, Cheshire, Mayall was inspired by his dad's extensive record collection. He became proficient on guitar, piano, and harmonica as he progressed, spending four years in art school and a stint in the Army during the Korean War. In 1962, Mayall opened for Alexis Korner's Blues Incorporated, Korner subsequently mentoring the relative newcomer. In early '63, Mayall, by then in London, formed his first line-up of Bluesbreakers. Decca staff producer Mike Vernon helmed their debut single Crawling Up A Hill in 1964, which sold 500 copies.

After many personnel changes, Mayall's rhythm section solidified with bassist John McVie and drummer Hughie Flint. Decca cut their first album, a live set, that year (Roger Dean was their guitarist, with Mayall on piano and harp), and another studio single, Crocodile Walk, before letting the Bluesbreakers go. Clapton joined the ranks in April of '65, Jimmy Page producing I'm Your Witchdoctor with the new line-up for Immediate before they reunited with Vernon in April of '66 to cut a full-length studio LP for Decca.

'Blues Breakers With Eric Clapton' was the name of that incendiary affair, loaded with well-chosen American blues covers (Clapton shared Mayall's purist tendencies) and a handful of originals including Have You Heard, written by Mayall about his then-girlfriend Christine. Clapton fed his solid-bodied Gibson Les Paul (he switched from a Telecaster after seeing Freddy King cradling one on an album cover) through a powerful Marshall amp, affording him sonic superiority. Alan Skidmore's jazzy tenor sax opens the luxuriously downbeat Have You Heard, Mayall on organ and impassioned vocal, but it's Clapton's blasting, Freddy-influenced axe that ignites it.

The album was a smash in Great Britain, peaking at #6, but that didn't stop Eric from splitting to form Cream with bassist Jack Bruce (another Bluesbreakers alumnus) and drummer Ginger Baker just after its release that July. Peter Green had already served a brief stint with the Bluesbreakers, and he rejoined in time for the band's next LP, 1967's 'A Hard Road.' When Green left later that year along with drummer Mick Fleetwood to form Fleetwood Mac (McVie quickly followed), Mayall turned to yet another promising young British guitarist, Mick Taylor.

Mayall modernized his approach during the late '60s, freely experimenting with extended jazz-rock formats. At the dawn of the '70s, he relocated to California. No matter where he resided, Mayall retained his uncanny knack for unearthing terrific players: guitarist Harvey Mandel and electric violinist Don 'Sugarcane' Harris were in his first U.S. band. Mayall remains musically active and on the road, that knack having yet to desert him: guitarists Coco Montoya, Walter Trout, and Buddy Whittington have passed through the ranks in more recent times. 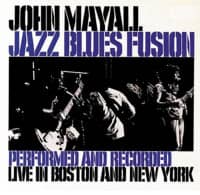 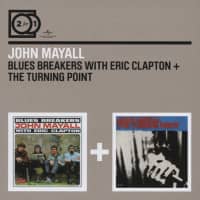